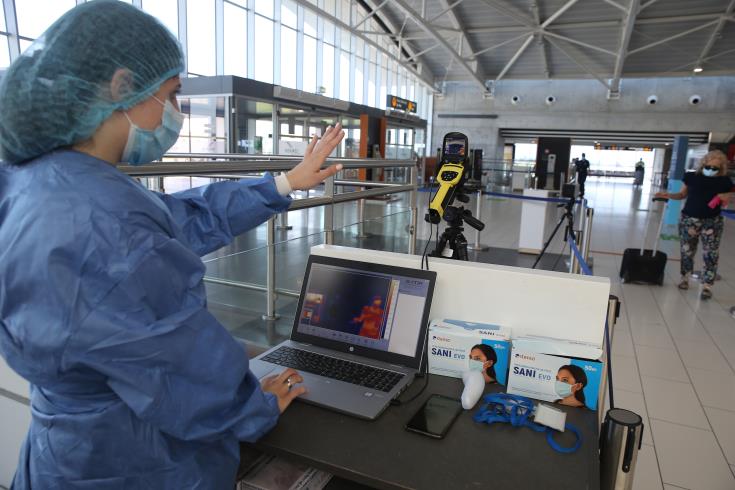 Dr. Petros Karayiannis, member of the Scientific Committee on the pandemic told the Cyprus News Agency that stricter measures should be taken at airports to contain the spread of the South African COVID strain that has already been detected in various countries, including the UK.

Karayiannis, who is a Professor of Microbiology/Molecular Virology at the University of Nicosia Medical School, expressed his concern over the new strain and said that any passenger who travels to the island from any European country or from a third country via an airport in Europe could transfer the new strain to Cyprus.

According to Dr. Karayiannis the strain was already detected in Thessaloniki and it is still unknown where the priest who tested positive, got it from, adding that a tracing procedure must take place to determine how it reached Greece.

He said that the measures at the island’s airports should be more strict, with lots of testing and quarantine periods because this is the only way to contain the spread. Dr. Karayiannis said that the South African COVID strain is a bit different than the UK one and so far there is far more information on the UK strain.

He said that the epidemiological figures so far as regards the cases detected in Cyprus have stabilised and expressed the hope to see a larger decrease, adding that the tests are bigger in number and therefore more cases are diagnosed daily.

Dr. Karayiannis reiterated an appeal to the public to strictly adhere to the protocols in place and follow the self protection measures.

“The measures have been effective,” he said, adding that “we manage to reduce the number of cases from 900 to about 100.” This, he continued, “took six to seven weeks with the two phases of restrictive measures.”

He also said that it is very encouraging that the number of people needing hospital treatment has dropped and that there has been a small drop in the number of patients treated in ICUs.