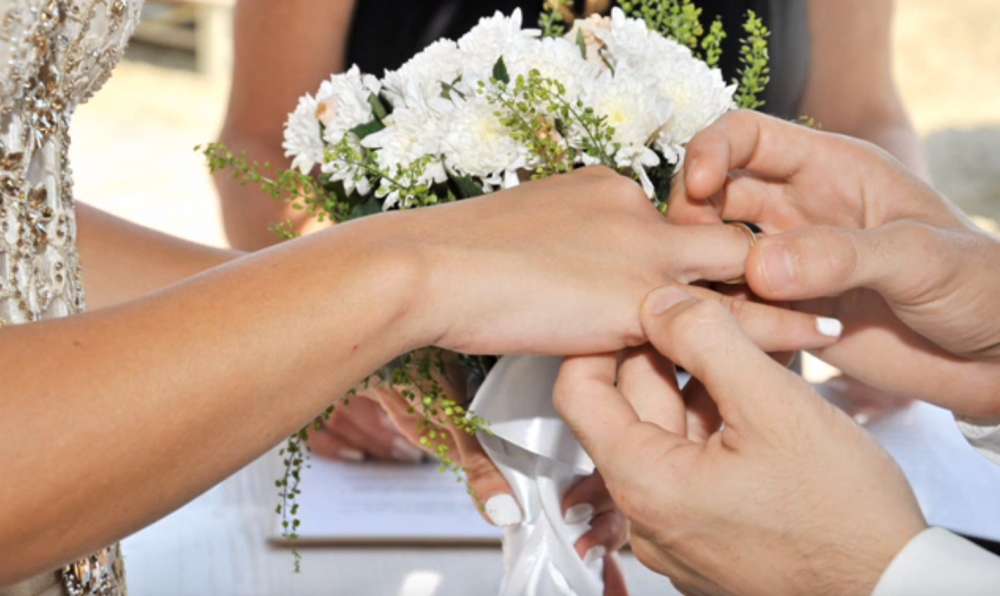 Aside from offering an extensive range of hotels and restaurants for civil weddings, Larnaca also boasts some unique and beautiful outdoor venues for those who want a ceremony with a difference.
For a wedding steeped in romance and history, the Mediaeval Fort at the end of the Phinikoudes promenade is second to none. Although previously not available for weddings, the Antiquities Department have now granted permission for intimate wedding ceremonies to be held in the castle’s picturesque courtyard or on its upper level, pending an application.

The grand fort was built in the 12th century by the Byzantines and is one of the region’s most defining landmarks. Its combination of ancient stone and lush green foliage provide a stunning backdrop for civil ceremonies with a distinctive ‘Cyprus’ feel, with views of the sea from the top. One bride –who held her wedding there in April this year– describes getting married at the castle as “a fairytale wedding… I couldn’t think of a more stunning venue and was thrilled to be able to have my ceremony in such an amazing piece of old architecture, where real knights and princesses may have also done so many, many years ago!”

Aside from the castle, the newly constructed pier located directly beside it is also a favourite choice for weddings. Extending out to the sea, couples tying the knot here get to enjoy a sea view wedding with an endless blue vista, as well as the added view of the castle. At the other end of the promenade is a larger pier and marina where wedding ceremonies can also be performed to a backdrop of bobbing boats.

The Larnaca Salt Lake is another of the region’s top attractions and also available for a more unusual outdoor ceremony. And if you choose to marry between the months of October – March, the migrating flamingos in their characteristic bright pink flocks will also witness your vows!

As the region’s beach bars and cafes have increased in popularity, so have weddings at these particular locations – especially on the strip of Mackenzie – with couples exchanging vows on the sand, then enjoying a reception at the trendy venues. Whether it is under the sun or under the stars, the ambiance is equally beguiling, and these modern costal weddings enjoy a distinct island atmosphere.

And to complete the magical experience, Larnaca now also has a fairytale white, horse-drawn carriage available to transport the bride and groom to their ceremony in true nostalgic style, which will ensure all eyes are on the happy couple as they gallop through the streets!

For details on any of the venues, horse-drawn carriage and other general information, the Larnaka Civil Marriages offices can be contacted on: 24816564 / [email protected].

By In Cyprus
Previous articleGap in physicians’ earnings
Next articleProtaras – Paralimni