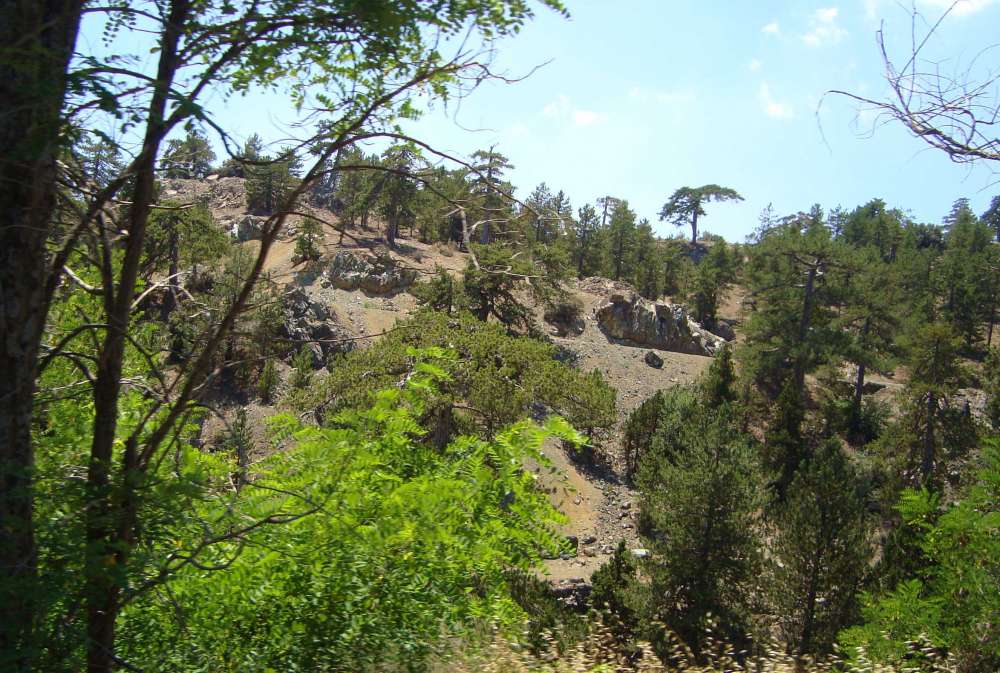 The largest part of the forest about 9000ha or 90km2, was designated a National Forest Park in 1992. The main aim was to safeguard its rational use and to perpetuate the values and functions of the area: ecological, scientific, recreational, hydrological and economic.

Picnic Sites:
There are 9 picnic sites within the Park area. Among the facilities provided are wooden tables, drinking water, car parks, toilets and children’s play areas.

Camping:
There are three places for camping. Two of these, are campsites for short stays with only rudimental facilities. One at Kampi tou Kalogyrou 4km from Trooditissa and 3 km from Prodromos next to the road. and the other at Platania (Kakopetria Troodos road) 5km from Kakopetria left to the road, before Platania Forest Station. The third site, 500m east of the Troodos square, just next to the main road, is suitable for longer stays since it includes upgraded facilities.

Nature Trails:
The nature trails of the Park are well known and popular. In total there are 10 trails within the Park totalling 57.6km. One of them has been designed to be accessible by wheelchairs. All trails are well maintained and signposted.

Flora:
The total number of individual plant species recorded in the Troodos National Forest Park approaches 750. Among them, 72 are endemic to Cyprus, of which 12 are exclusive to the Park. Some of these plants have been named after Troodos like Alyssum troodi, Nepeta troodi, Scorzonera troodea etc, The Troodos National Forest Park constitutes the only, or the main habitat in Cyprus for many hardy plant species, such as the wild service tree, foetid juniper, cotoneaster, barberry etc.

Geology:
The distinctive geology of the Troodos Forest area has attracted international scientific interest. The various rock types of the forest belong to the ophiolithic complex, which is characteristic of the broader Troodos range and which is one of the best developed worldwide and for this reason it has become the object of scientific study. The main rocks found in the Park area are serpentine,dunite, wehrlite, pyroxenite, plagiogranite, gabbro, diabase and volcanic rocks at the lower altitudes.

Hydrology:
Most of the largest streams of Cyprus spring from the Troodos forest: Kouris, Kryos Potamos, Karkotis and Marathasa river. At present, about 50 springs with substantial flow are known, used for supplying drinking water to many villages.