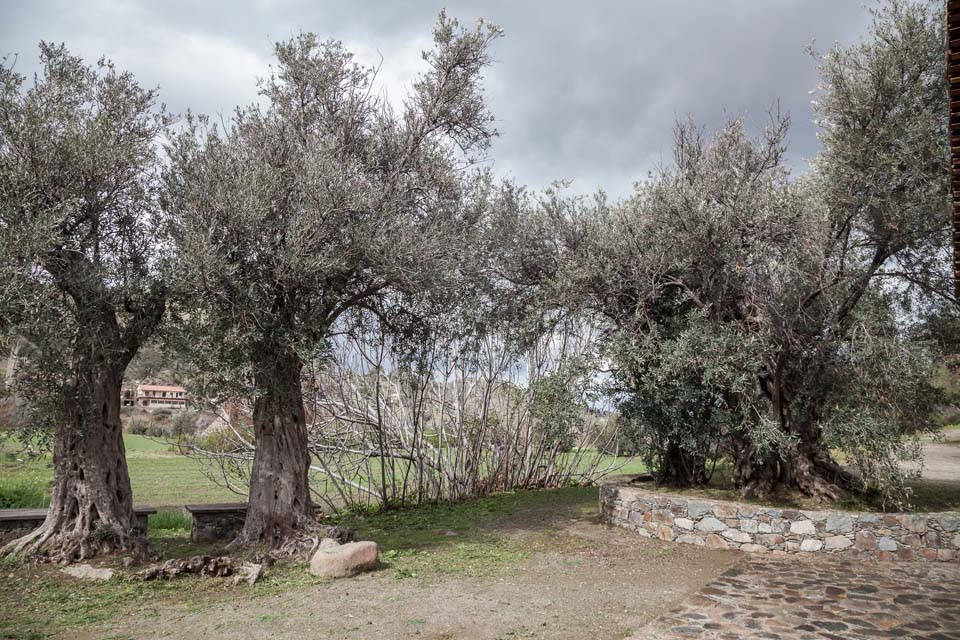 In the courtyard of the wooden-roofed Archangel Michael’s chapel, which is painted in post-Byzantine style from the beginning of the 16th century, one will see a complex of three ancient olive trees, also known as Tris Aderfes (Three Sisters).

In fact, the Tris Aderfes is one tree although due to its roots, it appears to be three olives trees, side by side.

According to a few of the locals, this specific olive tree is known as Apostolic. Apostolic olive trees were known for their distinctive fruit and were different in shape (more oblong compared to others). They were neither wild nor cultivated, and they needed more time for their fruit to ripen and for the olives to be prepared for consumption.

The existence of wild olive trees precedes man’s presence on the island. In the late 18th century, Archbishop Kyprianos in his work “Chronological History of Cyprus” states: “The olive groves produce enough oil, so that when they are fruitful, the land has enough oil for three years, and sometimes there is enough to give to other regions”.

By In Cyprus
Previous article
Exinta Spitia (Sixty Houses Settlement) in Skouriotissa
Next article
FACTBOX-Who will be Spain’s next PM? A profile of the candidates