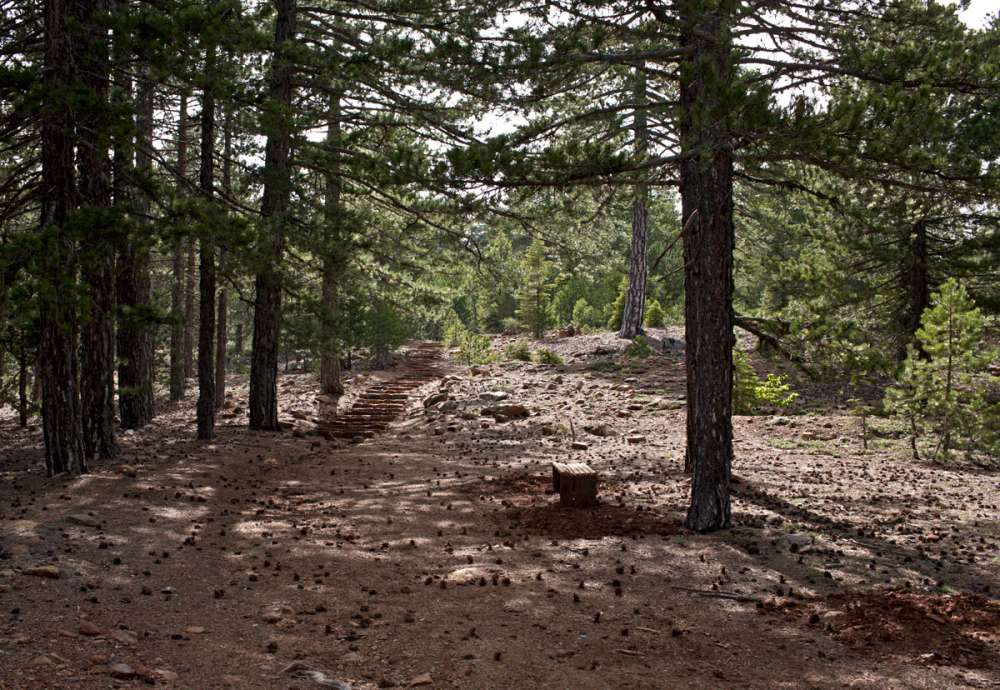 Starts: 150m south of Troodos Square, in the direction of the police station.
Length: 3km
Estimated duration: 1 hour
Difficulty rate: 1
Points of interestT: Lush vegetation. For the first 2km of the route the walker will pass through dense black pine forest. The ending point at Makria Kontarka offers a stunning view. The trail is located within the Troodos National Forest Park and it is part of the European E4 path. The Kampos tou Livadiou picnic area is located 2km from Troodos Square in the direction of Karvounas, and at a distance of 2.5km you will find the Armurolivado and Livadi tou Pasia picnic sites. The path is linear and the walker can be picked up by car at the point where the path intersects with the existing forest road or can return on foot by following the same path, or by following the Psilo Dentro (Tall Tree) – Pouziaris path, that intersects with the Persephone Path. The Environmental Information Centre for the Troodos National Forest Park can be found in Troodos Square.
Endemic plants: Golden oak (Quercus alnifolia), Cyprus Skullcap (Scutellaria cypria subsp. cypria), Troodos cat mint (Nepeta troodi), Cyprus germander (Teucrium cyprium), Manouthkia (Pterocephalus multiflorus subsp. multiflorus), Troodos sage (Salvia willeana).
Fauna: The main species of fauna found in the area are:
Mammals: Fox, hare, hedgehog
Birds: Bonelli’s eagle, Eurasian jay, Wood pigeon, Partridge, Cyprus warbler (endemic), Cyprus wheatear (endemic)
Reptiles: Cyprus viper, Cyprus snake (endemic)