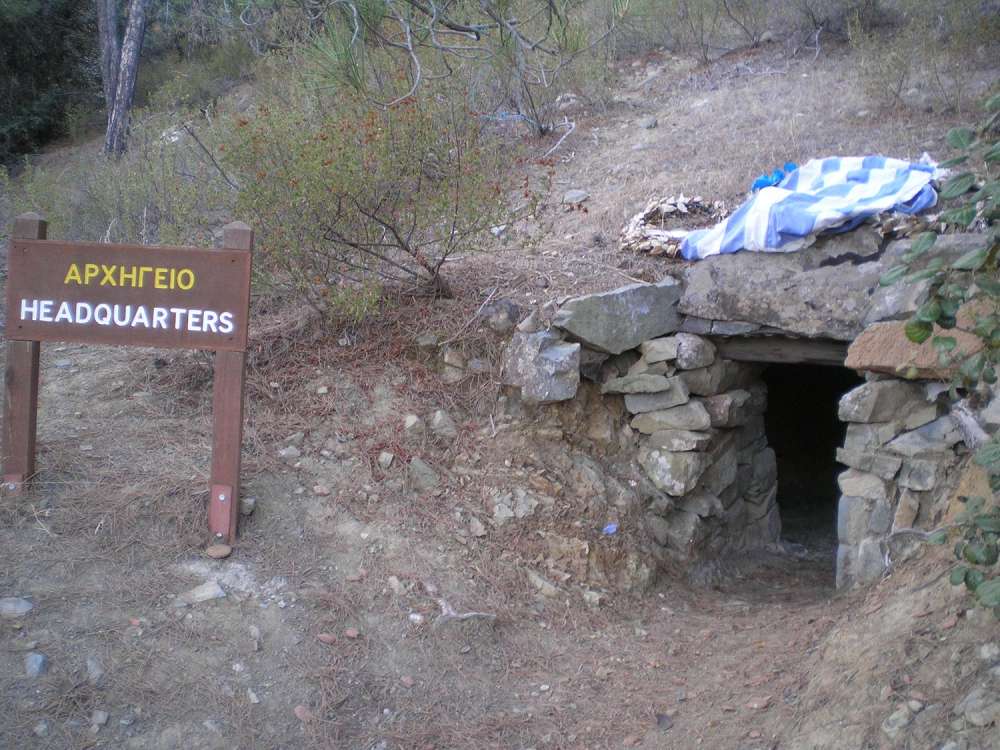 The EOKA Hideouts were a system which consisted of three lairs, storage rooms, a cooking room, observatories and others which were situated on the ridge which overhangs the village of Kourdali. The chief of EOKA set his headquarters here for a short period of time. The chief lived in the central hideout.

The Hideouts were constructed in the summer of 1955 by residents of the villages of Spilia-Kourdali and Kyperounta, under the guidance of the Sector-head of the area Renos Kyriakides. The Hideouts hosted the chief of EOKA, General Georgios Grivas Dighenis and 18 other guerrilla fighters from the 23/11/1955 until the 11/12/1955.

From the Hideouts, Dighenis directed the fight of EOKA, organized ambushes and other missions. Inexperienced guerrilla fighters were trained there in order to accomplish their mission. At some nights, Dighenis and his staff would go down to Kourdali and were accommodated in a remote residence owned by Andreas Fylaktis. Dighenis was also accommodated in the residence of Stelios Tsaggarides at Spilia shortly before he settled in the Hideouts.

The supply of the Hideouts, the mail and transit of the fighters were undertaken by residents of Spilia-Kourdali and Kyperounta.

On 11/12/1955 the Hideouts were surrounded by an army of British Soldiers. It was here that the famous “Battle of Spilia” took place at the time, with tragic results for the British. After the battle, the British discovered and blew up the hideouts. From that time onwards such a system of hideouts was never again built by EOKA.

Today, the hideouts have been reconstructed by the Department of Forests, which created a network of footpaths in the area with explanatory signs, markers and benches. Hence, it has become much easier to visit the Hideouts. Moreover, a forest road leads all the way to the ridge above Dighenis’ Headquarters. The visit at the Hideouts lasts about two hours. 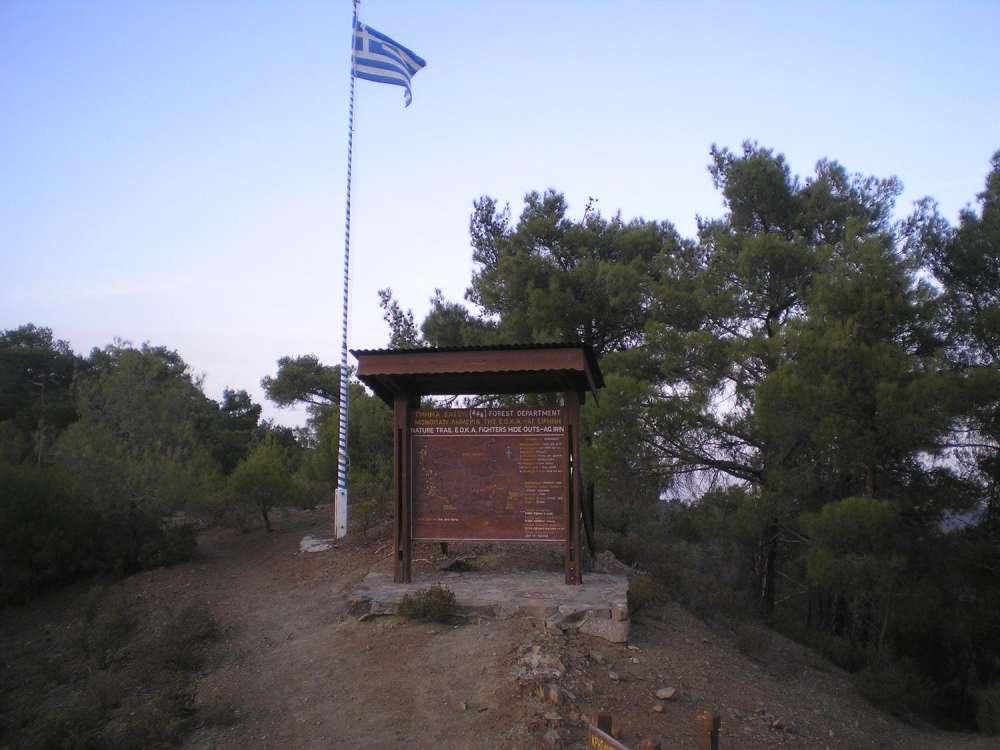 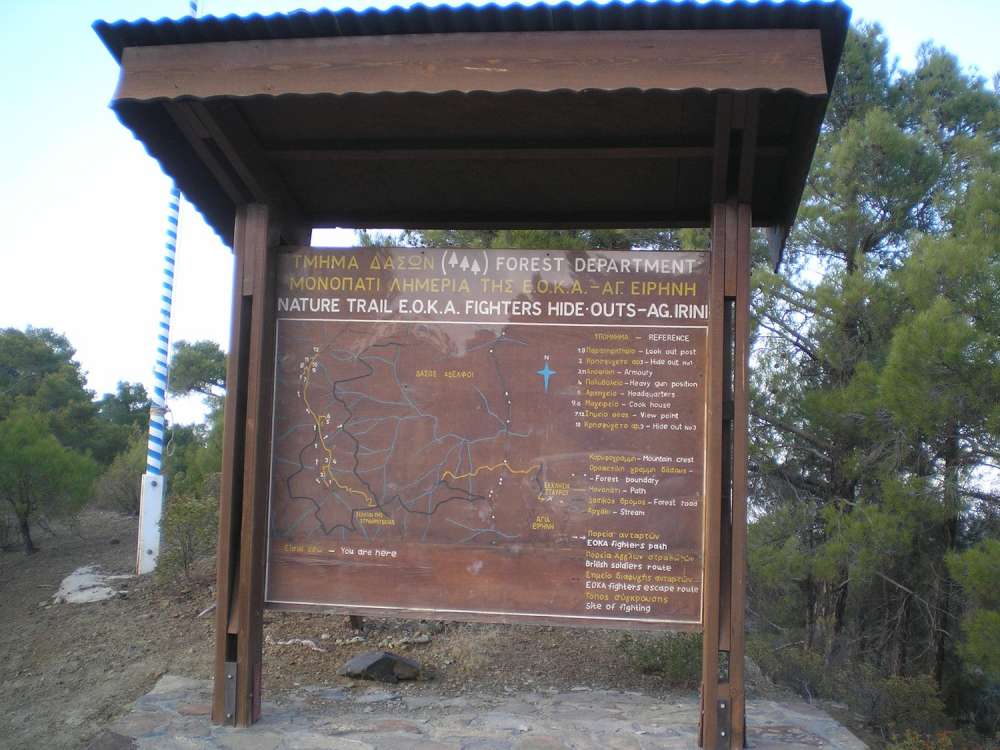 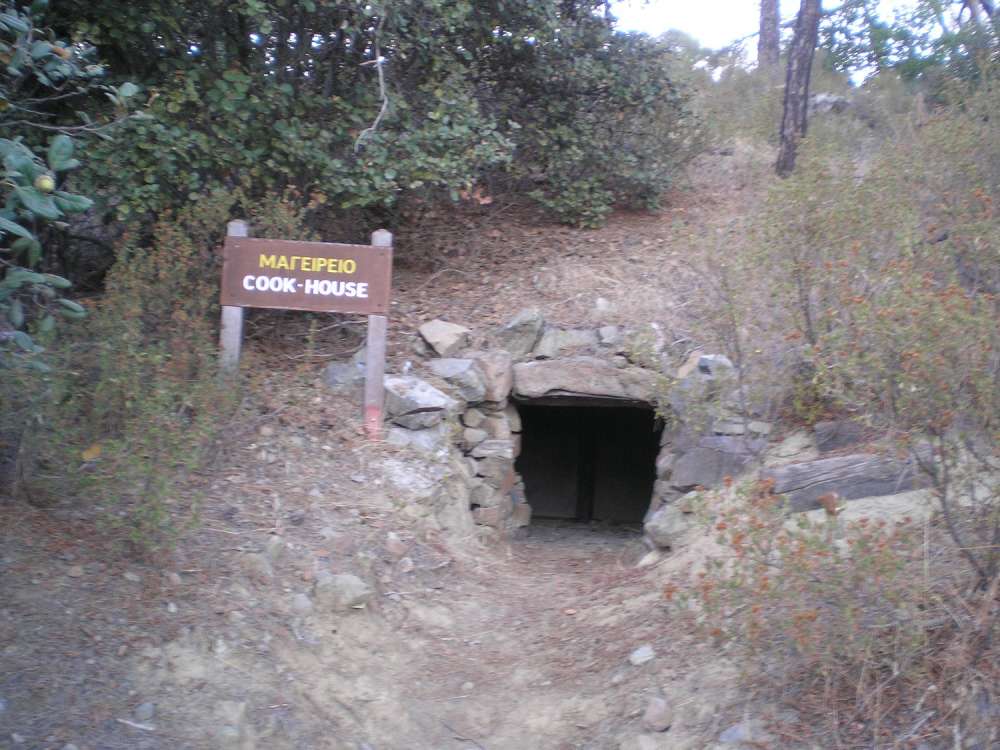