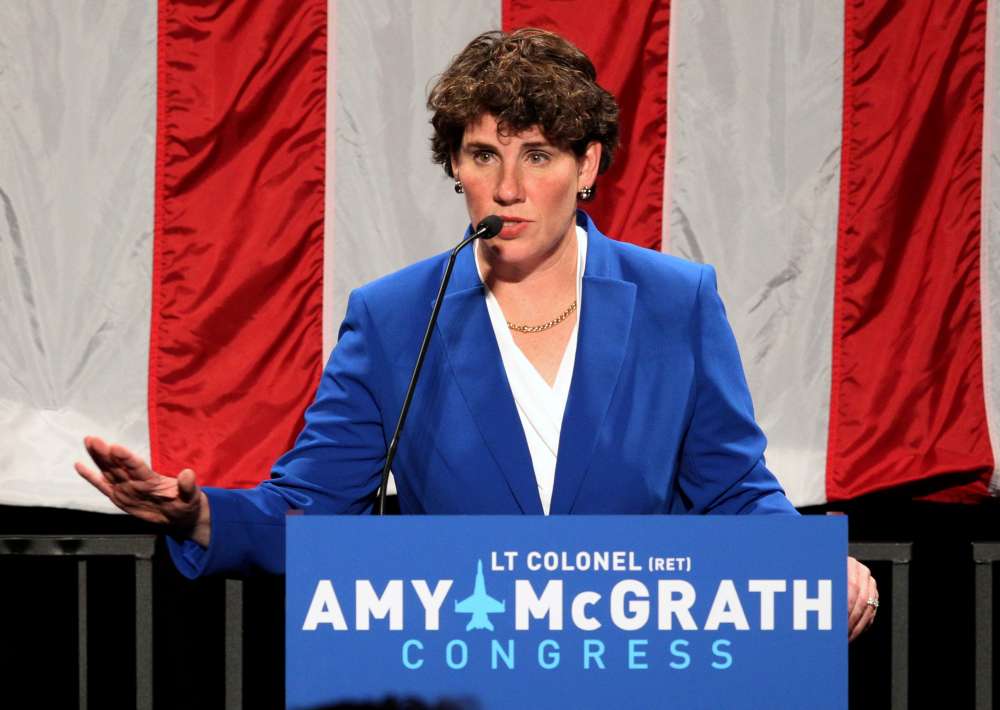 In a video announcing her campaign for the U.S. Senate from Kentucky, McGrath, 44, described writing a letter at age 13 to her senator, telling McConnell she wanted to become a fighter pilot even though women were barred from combat at the time – a story she also highlighted when running for the U.S. House of Representatives last year.

“I’ve often wondered how many other people did Mitch McConnell never take the time to write back, or even think about,” she said, before accusing McConnell of turning his back on his constituents.

In response, McConnell’s campaign released a video using McGrath’s own words – including calling Republican President Donald Trump’s proposed border wall “stupid” and defending abortion rights – to portray her as too liberal for Kentucky, a state that Trump carried by 30 percentage points in 2016.

“Why would Kentucky ever think of giving up the most powerful position in Congress, the Senate Majority Leader, for a freshman Senator with little power in what will hopefully be the minority party,” Trump wrote. McConnell played a pivotal role in securing Senate confirmation of Trump’s two Supreme Court nominees.

McConnell, 77, who has served as one of Kentucky’s two U.S. senators for almost 35 years, has been the leader of Senate Republicans since 2007. He said he looked forward to the contest.

“It’ll be a spirited race,” he told reporters at the Capitol.

Despite middling approval ratings, McConnell easily prevailed during his last campaign in 2014 over Kentucky’s secretary of state at the time, Alison Grimes.