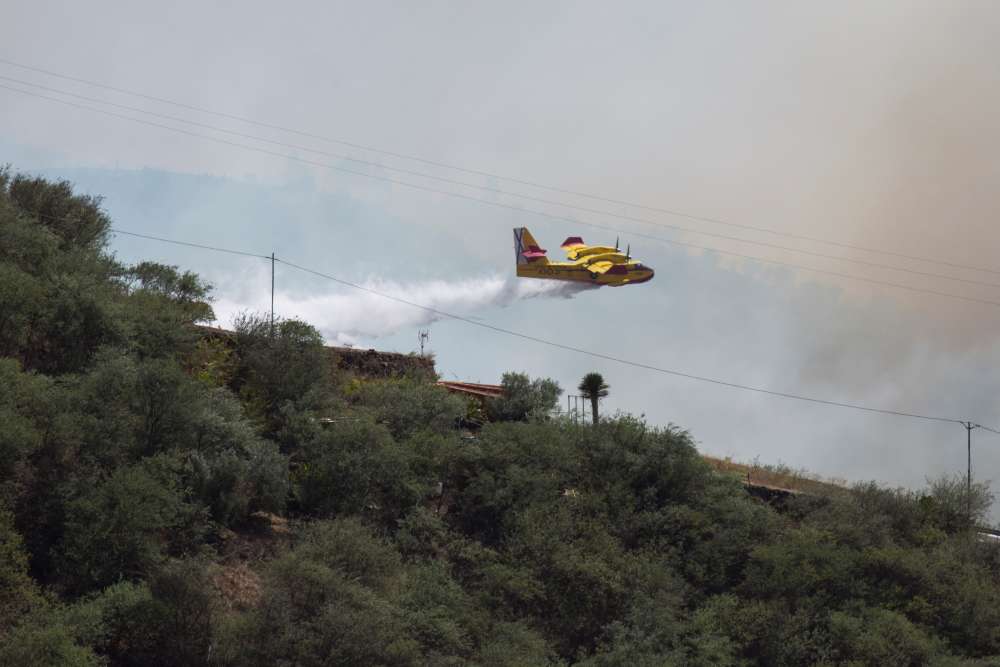 Around 8,000 people have been evacuated as firefighters battle an out-of-control wildfire on Gran Canaria in Spain’s Canary Islands, authorities said on Monday.

The blaze, which began on Saturday near the town of Tejeda, is advancing on several fronts, propelled by a combination of high temperatures, strong winds and low humidity. So far, the fire is affecting the mountainous central part of the island rather than coastal areas busy with tourists in the summer months.

“The fire remains out of control,” a spokeswoman for emergency services in the region told Reuters. “It is a very serous fire.”

Sixteen planes and helicopters as well as more than 700 firefighters are currently working to contain flames as high as 50 metres, authorities said. More than 3,400 hectares have burned so far and the fire is moving aggressively towards the northwestern Tamadaba natural park, home to some of the island’s oldest pine forests.

Some 400 firefighters spent the night battling the fire’s flanks, hoping to choke it off as it moved towards more populated areas.

The blaze marks the second time that Tejeda has been evacuated this month due to wildfire.

By In Cyprus
Previous articleNew rules to stamp out tampering with odometers
Next article1.1% increase in trips abroad of Cyprus residents in July