EU’s Juncker brands Brexit a “waste of time and energy” 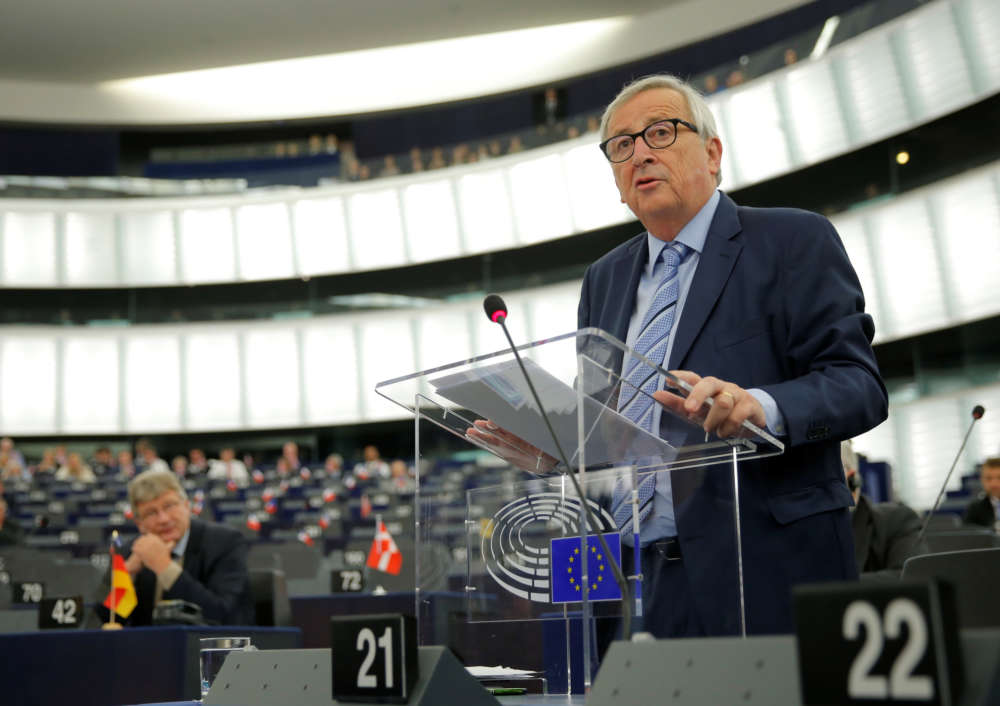 European Commission President Jean-Claude Juncker said on Tuesday that Brexit has been a “waste of time and energy”, and it has irked him that he could not have spent more of his five-year mandate on making the bloc serve its citizens better.

Juncker told the European Union assembly in Strasbourg that it could only approve the Brexit deal that was struck with London last week once it has been approved by the British parliament.

“We need now to watch events in Westminster very closely, but it’s not possible, not imaginable that this parliament would ratify the agreement before Westminster has ratified the agreement. First London, then Brussels and Strasbourg,” he said.

European Council President Donald Tusk told EU lawmakers that he was discussing British Prime Minister Boris Johnson’s request for an extension of the Oct. 31 Brexit deadline with the leaders of the other 27 member states and would make a decision “in the coming days”.

“A no-deal Brexit will never be our decision,” Tusk told the European Parliament in Strasbourg, to applause from lawmakers.

Johnson faces two pivotal Brexit votes in parliament on Tuesday that will decide if he can deliver on his pledge to lead Britain out of the EU in just nine days time.

As the clock ticks down to the latest Oct. 31 deadline for the United Kingdom’s departure, Brexit is hanging in the balance as a divided parliament debates when, how and even whether it should happen.

After he was forced by opponents into the humiliation of asking the EU for a delay that he had promised he would never ask for, Johnson is battling to ram legislation through the House of Commons that will enact his last-minute Brexit deal.

Juncker has repeatedly said that he regrets Britain’s decision to leave the EU, which stemmed from a referendum three-and-a-half years ago.

“In truth it has pained me to spend so much of this mandate dealing with Brexit when I have thought of nothing less than how this union could better do for its citizens – waste of time and waste of energy,” he said.