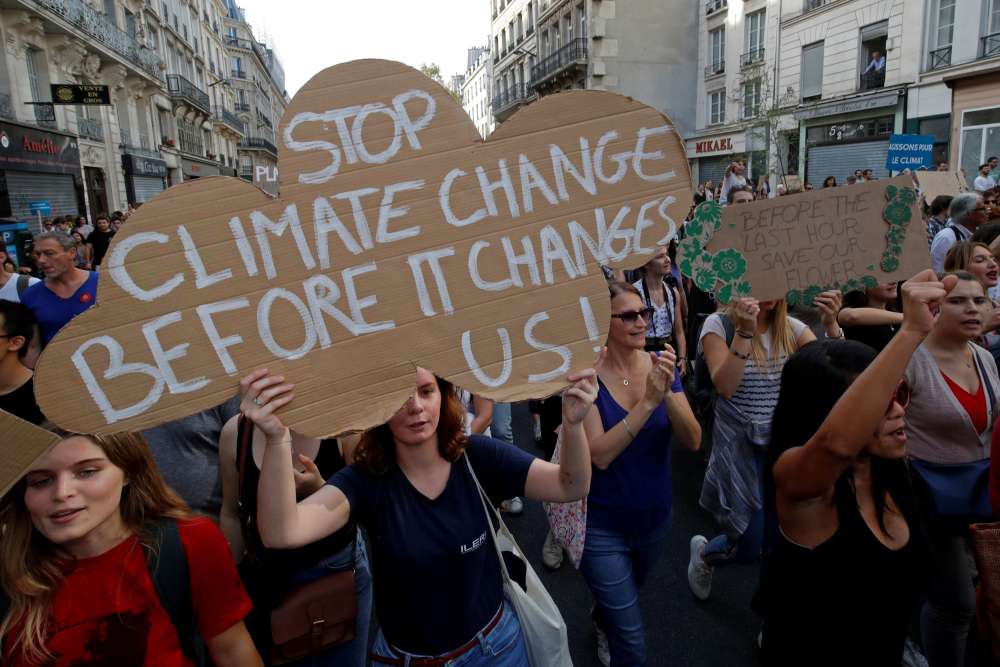 The European Union’s climate chief called for the bloc to take the lead and aim for net-zero greenhouse gas emissions by 2050 in its climate strategy published on Wednesday, ahead of key U.N. talks on curbing global warming.

As President Donald Trump pulls the United States out of the Paris climate accord, European Commission climate chief Miguel Arias Canete said the bloc had to lead by example at next week’s climate talks in Poland.

The EU executive published its strategy on Wednesday, setting out eight pathways to reducing emissions – two of which chart a course for Europe to becoming climate neutral by absorbing as much greenhouse gas as it emits.

“It’s worth becoming the first major economy to fully decarbonise, to fully reach net zero emissions,” Canete told Reuters on Tuesday. “It will require lots of effort, but it is doable.”

Under a package of climate legislation adopted since the 2015 Paris Agreement on containing global warming, the EU is on track to overshoot its pledge to reduce emissions by 40 percent from 1990 levels by 2030.

“That’s okay, but we need to do more,” Canete said, arguing that investment in clean energy would help grow the economy and save money on fossil fuel imports.

Upcoming U.N. talks are the most important since the Paris Agreement, with delegates from 195 nations set to haggle over the details of the pact, which Washington has said it will quit.

The 2015 pact aims to shift the world economy away from fossil fuels and limit the rise in global temperatures to 2 degrees Celsius to avert more extreme weather, rising sea levels and the loss of plant and animal species.

By publishing its ambitious plan, EU officials hope to pull more weight at what are expected to be tough talks amid division among world powers.

“The role of the United States is less relevant and that puts more burden on our shoulders,” Canete said. “It will not be an easy conference, but the European Union arrives with lots of credibility.”

While Trump rejects projections that climate change will cause severe economic harm, a U.N. report detailing the dangers last month has spurred ministers from some EU nations to call for emissions to be cut at a faster rate than planned.

However, European governments are also divided over how to strike a balance between climate policy and protecting high-employment sectors such as automakers and coal mining. Some, including economic powerhouse Germany, are struggling to meet their targets.

All of the pathways presented on Wednesday chart a rise in electricity consumption but some rely more heavily on storage while others more on alternative fuels like hydrogen.

In five scenarios the EU, responsible for some 10 percent of global greenhouse gas emissions, achieves reductions of about 85 percent by 2050 compared to 1990, Some sectors like agriculture still account for high emissions.

To achieve net negative emissions, the bloc will have to invest more in carbon capture and sustainable advanced biofuels but also encourage consumers to change their habits, the EU’s modelling shows.

The European Commission hopes that the publication of its long-term strategy will inspire national governments to greater ambition when they draft their own plans by the end of 2019 for meeting the bloc’s current climate goals.