Eurostat: Household electricity prices up 16.4% in Cyprus in first half of 2019 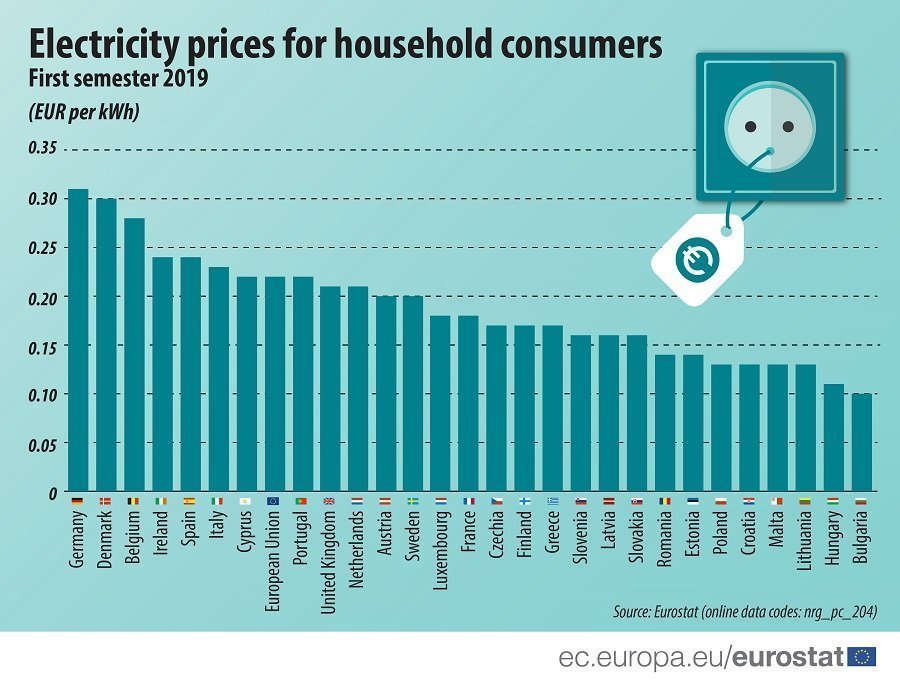 Cyprus household electricity prices in the first half of 2019 jumped an annual 16.4%,  the second highest increase among the EU28, according to figures published by Eurostat on Tuesday. Overall Cyprus had the seventh most expensive electricity in the EU.

Taxes and levies accounted for more than a third (37%) of the electricity bills charged to households in the EU in the first half of 2019. For gas bills, the corresponding share was 27%.

Largest fall in electricity prices in Denmark, highest increase in the Netherlands

In Cyprus they stood at €22.03 — equal to the EU28 average as well as to household electricity prices in Portugal.