Eurostat: 1 in 8 deaths due to coronary heart diseases (table) 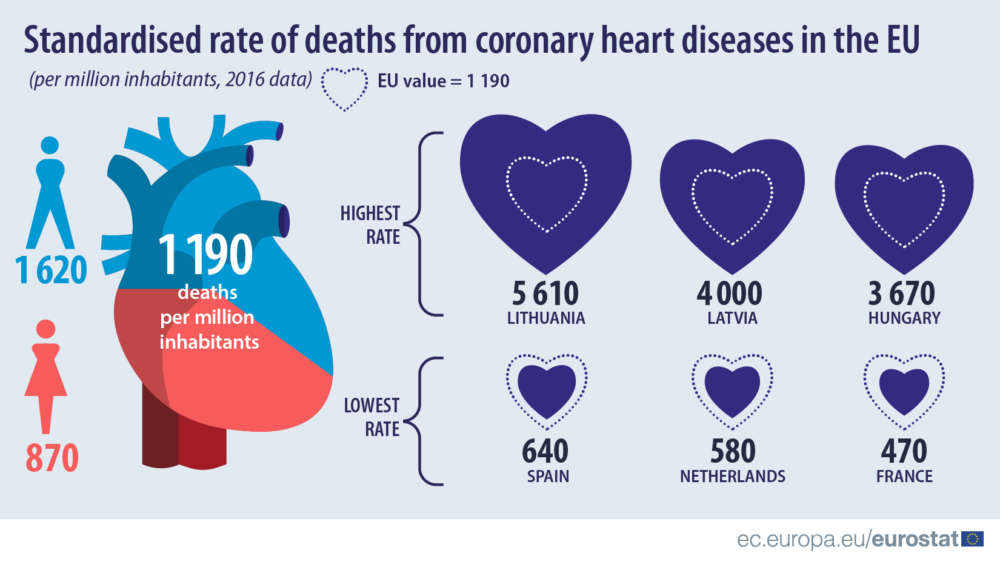 With 1000.07 deaths from heart attacks per million inhabitants, Cyprus had the 10th lowest rate in the EU28 and below the EU28 average of 1,190 deaths, according to figures released by Eurostat.

To compare countries, the absolute numbers of deaths across Member States need to be adjusted to the size and structure of the population, Eurostat said. 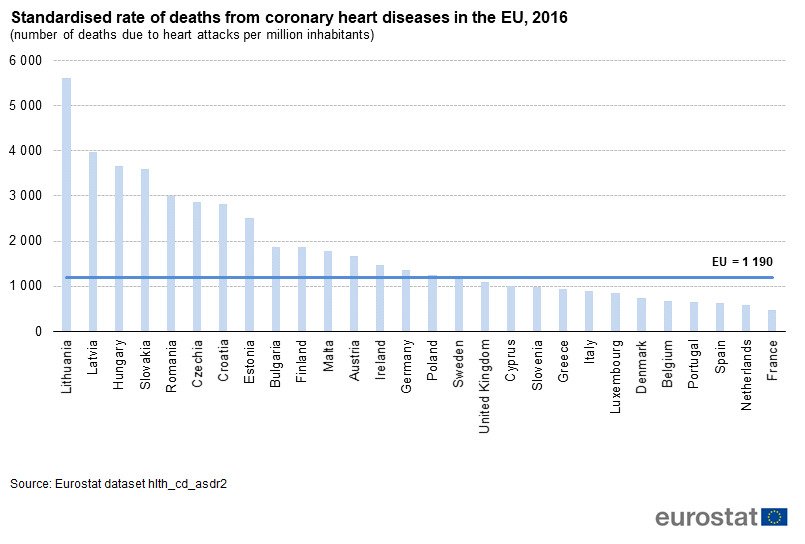 At the opposite end of the scale, the lowest rates were recorded in France (470 per million inhabitants), the Netherlands (580) and Spain (640).

In every EU Member State, the standardised rate of men dying from coronary heart diseases was higher than for women. Among the EU Member States, Lithuania recorded the highest gender gap with 2,950 more male than female deaths per million inhabitants from heart attacks. Lithuania was followed by Latvia (gap of 2,650 deaths per million inhabitants) and Estonia (1,740).

The source data can be found in Eurostat dataset hlth_cd_aro (numbers) and hlth_cd_asdr2 (rate).