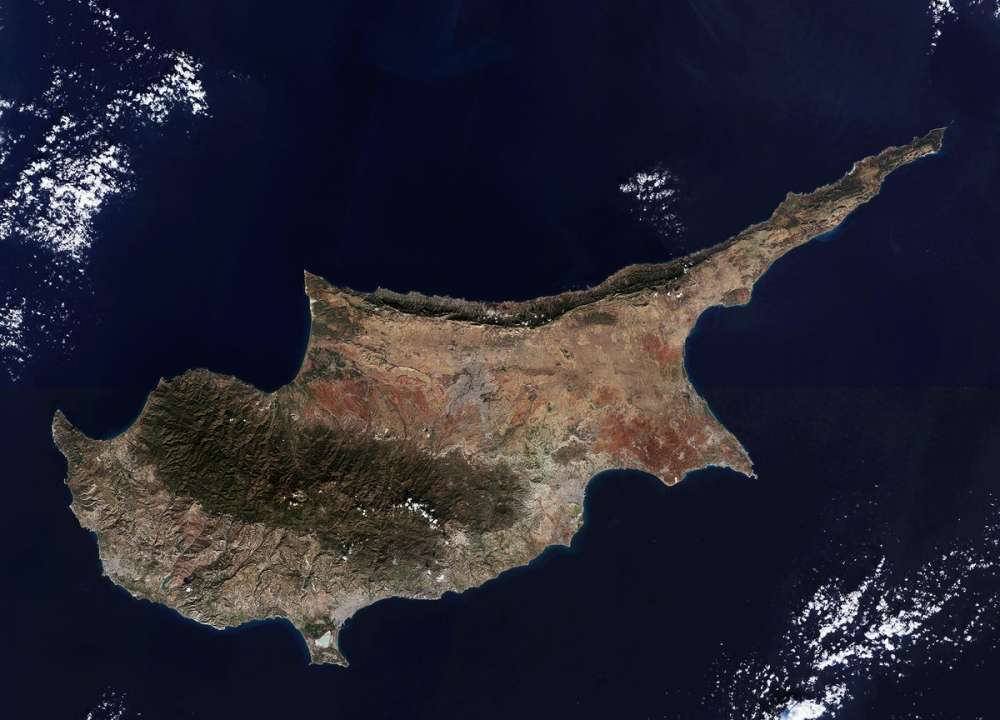 The European Space Agency (ESA) has posted an image of Cyprus on its Twitter feed.

“Today, @CopernicusEU #Sentinel2 takes us above #Cyprus with this image comprised of two scans captured on the same day. Located on the Anatolian plate, Cyprus is the third largest island in the Mediterranean. The centre of the island is dominated by the Troodos mountains,” it said.

Today, @CopernicusEU #Sentinel2 takes us above #Cyprus with this image comprised of two scans captured on the same day. Located on the Anatolian plate, Cyprus is the third largest island in the Mediterranean. The centre of the island is dominated by the Troodos mountains. pic.twitter.com/GE1GYREqqj

The Copernicus Sentinel-2 mission comprises a constellation of two polar-orbiting satellites placed in the same sun-synchronous orbit, phased at 180° to each other.

It aims at monitoring variability in land surface conditions, and its wide swath width (290 km) and high revisit time (10 days at the equator with one satellite, and 5 days with 2 satellites under cloud-free conditions which results in 2-3 days at mid-latitudes) will support monitoring of Earth’s surface changes.

The coverage limits are from between latitudes 56° south and 84° north.

The European Space Agency (ESA) is Europe’s gateway to space. Its mission is to shape the development of Europe’s space capability and ensure that investment in space continues to deliver benefits to the citizens of Europe and the world.

ESA is an international organisation with 22 Member States. By coordinating the financial and intellectual resources of its members, it can undertake programmes and activities far beyond the scope of any single European country.

What does ESA do?

ESA’s job is to draw up the European space programme and carry it through. ESA’s programmes are designed to find out more about Earth, its immediate space environment, our Solar System and the Universe, as well as to develop satellite-based technologies and services, and to promote European industries. ESA also works closely with space organisations outside Europe.

Who belongs to ESA?

By In Cyprus
Previous article“The worst is still to come”: sizzling Europe battles wildfires, health risks
Next articleAirlines urge regulators to work together to return 737 MAX to service