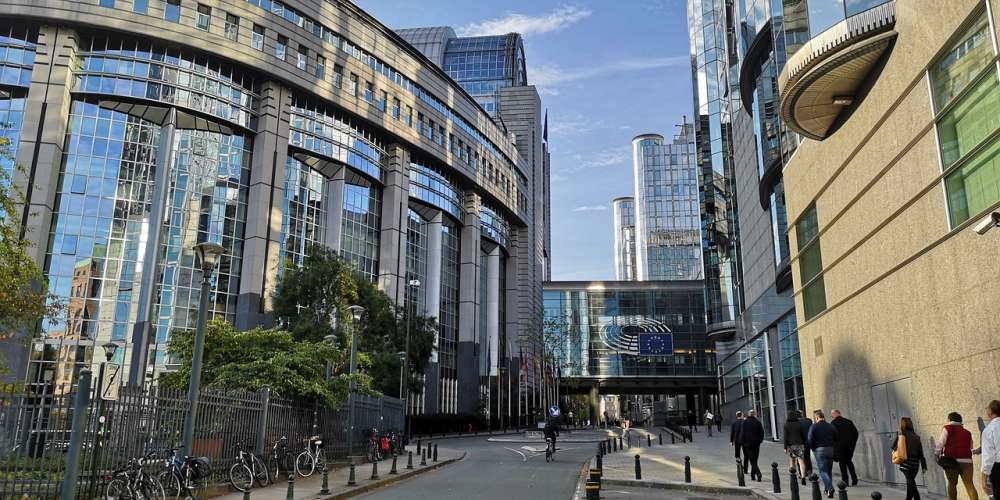 European shares were deep in the red on Monday after U.S. President Donald Trump unexpectedly ratcheted up trade tensions between the world’s largest economies by vowing to hike tariffs on Chinese goods by this week, prompting investors to flee riskier bets.

Sharper selling was seen in regional bourses with Germany , France, Italy and Spain down between 1.6 percent and 2.2 percent. Markets in Britain remained shut for a bank holiday.

The narrower Euro Stoxx index slipped 2.2 percent, on pace for its worst day since early December.

Hopes of a U.S.-China trade deal have partly been the reason for the strong rally in equities this year, with most country indices recovering from a major rout last year and hitting multi-month highs.

Oil prices slumped and Asian shares took a beating after Trump, in an unexpected move to mount pressure on China, said on Sunday that trade talks were proceeding “too slowly”, and that he would raise tariffs on $200 billion of Chinese goods and target hundreds of billions more soon.

“Optimism had only just been picking up on hopes that China’s economy was finding stability and this threat from Trump risks derailing that train in a hurry,” said Han Tan, Market Analyst at FXTM.

“Ailing demand would prove another thorn in the side for Germany’s manufacturing sector.”

Latest survey showed the euro zone economy limped into the second quarter with lacklustre growth as weakness in the manufacturing sector is increasingly affecting the bloc’s dominant services industry.

Luxembourg-based Stabilus slipped after the auto supplier cut its full-year guidance on account of the ongoing weakness in the global auto industry.

Chipmaker stocks AMS, STMicro and Siltronic , which are highly sensitive to trade war news, lost between 2.7 to 5 percent.

In a relatively light day for earnings, dealmaking was in focus.

French energy major Total said it had reached a binding agreement with Occidental to acquire Anadarko assets in Algeria, Ghana, Mozambique and South Africa for a consideration of $8.8 billion.

Telecoms, a defensive sector, outperformed. Shares in Norway’s Telenor rose 3.5 percent after the company and Malaysia’s Axiata Group said they are in talks to form a jointly-owned Asian telecoms company.

Meanwhile, British Prime Minister Theresa May on Sunday stepped up calls for Labour Party leader Jeremy Corbyn to agree a cross-party deal to leave the European Union, following poor results for both parties in local elections on Thursday.