European politicians call for new sanctions on Russia over Ukraine 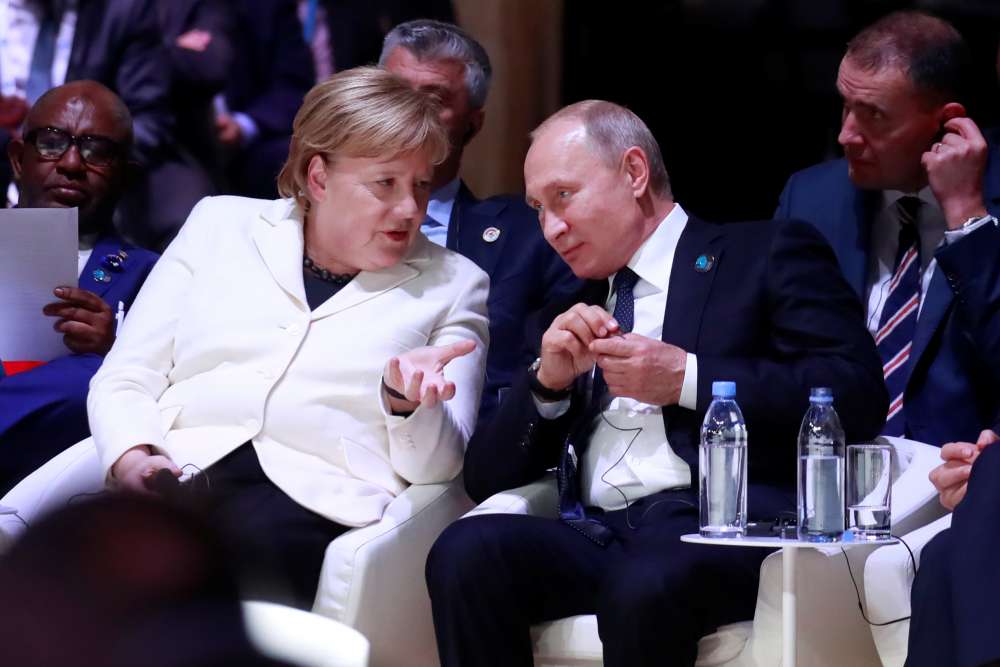 Senior politicians from Germany, Austria, Poland and Estonia on Tuesday raised the possibility of new EU sanctions against Russia to punish it for capturing three Ukrainian vessels at sea, an incident the West fears could ignite wider conflict.

Financial markets have responded to the prospect of new Western sanctions that could hurt Russia‘s economy, though the rouble on Tuesday clawed back some losses from the previous day as investors bet any sanctions would not be swift.

After Russia opened fire on and seized three Ukrainian naval vessels on Sunday near Russian-annexed Crimea, both Russia and Ukraine are trying to cast the other side as being in the wrong.

Ukraine, which on Monday night introduced martial law for 30 days in parts of the country it deems most vulnerable to an attack from Russia, said its ships did nothing wrong and that it wanted the West to impose new sanctions on Moscow.

Some of the more than 20 Ukrainian sailors held by Russia for straying into Russian waters appeared on Russian state TV on Tuesday admitting to being part of a pre-planned provocation. Kiev denounced what it described as forced confessions.

The Ukrainian sailors are expected to appear in a Russian court later on Tuesday. Their vessels were captured by Russian forces at sea near the Kerch Strait, which is the only outlet to the Sea of Azov and controls access to major Ukrainian ports.

A Reuters reporter at the Crimean port of Kerch where the vessels are being held saw masked armed men on board one of the ships taking boxes of ammunition off.

Germany, potentially the leading voice in any call for Western action called upon both sides to de-escalate the new tension, while signalling a tougher line towards Russia.

Karin Kneissl, foreign minister of Austria, said the EU would consider sanctions depending “on the exposition of facts and the further conduct of both parties”.

Polish President Andrzej Duda said his country was ready to back new sanctions. Estonian Defence Minister Juri Luik called sanctions “probably the most potent way to signal to the Russian leadership that we are serious”.

Merkel, an important voice in any future EU decision to impose more sanctions, on Monday spoke by phone to both Ukrainian President Petro Poroshenko and Putin. She said the situation needed to be de-escalated.

With relations still raw after Russia’s 2014 annexation of Crimea and its backing for a pro-Moscow insurgency in eastern Ukraine, many Western countries fear the Black Sea incident could escalate into a more serious conflict.

Putin told Merkel he was seriously concerned about Kiev’s decision to put its armed forces on combat alert and impose martial law, telling Merkel he hoped Berlin would use its influence to stop Ukraine taking “further reckless steps.”

In Kerch, two Russian police officers with automatic rifles stood on the pier where the Ukrainian vessels were moored. The vessels bore traces of collisions and big holes in their hulls.

A doctor at the local hospital said three Ukrainian servicemen were being treated there. An unidentified man prevented Reuters from entering or talking to them.

Commercial shipping traffic was passing through the strait under a new bridge built by Russia that spans it.

Russia‘s FSB security service released video footage on Tuesday of captured Ukrainian sailors saying their actions were deliberately provocative and they had ignored Russian orders to stop. At least one appeared to be reading from a script. Ukrainian politicians said the sailors were coerced, rendering their confessions meaningless.

The FSB said it had information showing the sailors’ mission had been pre-planned by the Ukrainian government and that two intelligence officers from Ukraine’s SBU security service had been on board to coordinate the provocation.

Vasyl Hrytsak, the head of the SBU, confirmed that his officers were on board to support the military and said one of them had been seriously wounded afterRussian aircraft fired missiles at the Ukrainian vessels.