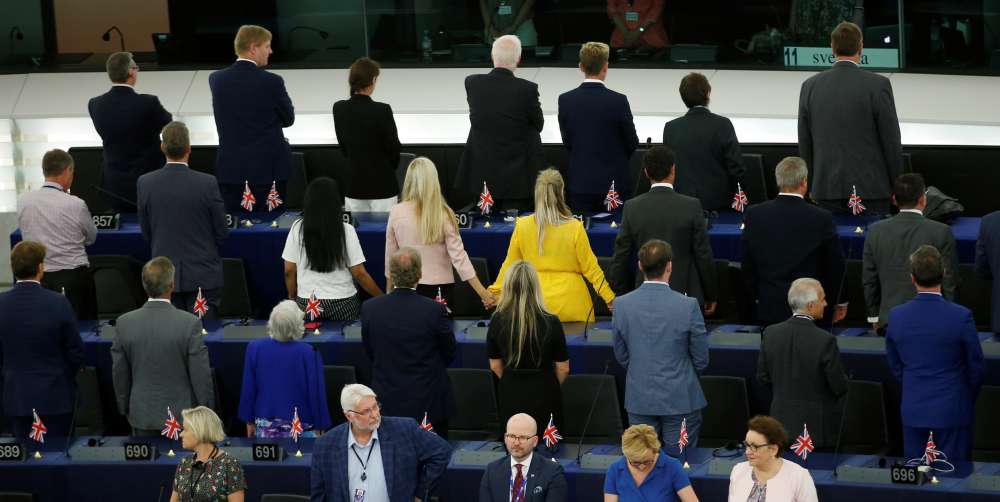 The European Parliament began its first session of the new term on Tuesday, short of three Catalan members who were barred from joining, as hundreds wearing the Catalan flag protested against their exclusion outside the building in Strasbourg.

Catalan leaders Carles Puigdemont, Toni Comin and Oriol Junqueras have not been able to take their seats in Strasbourg as the Spanish government has not recognised them as members of the parliament after elections in May.

Puigdemont and Comin have lived in self-imposed exile since warrants were issued for their arrest in Spain after a failed bid for secession for Catalonia.

Instead of travelling to Spain to pledge allegiance to the Spanish constitution in person, as is required, both sent in written statements of allegiance, which were not accepted.

Junqueras, imprisoned in Spain, was not allowed to leave jail to take the pledge and, along with Puigdemont and Comin, was left off Spain’s list of members, which numbered 51 rather than 54.

The EU General Court on Monday dismissed an application by Puigdemont and Comin to take their seats at the start of the session while challenges to decisions by the Spanish authorities and the parliament to bar them are considered.

“Any future parliament president would certainly have to also look into this, because it’s also a matter of how do you defend the rights of those who have been elected into the European Parliament,” Ska Keller, co-leader of the Greens/European Free Alliance party, of which Junqueras is a member, told reporters.

The seats of the Catalan leaders will remain empty until they either take their oaths or leave their places to other members of their list.

Should they become members of the European Parliament, they would receive immunity from prosecution.

The Catalan controversy was not the only one to affect the parliament’s opening session.

Twenty-nine members of Britain’s Brexit Party turned their backs as the European Union anthem – Beethoven’s “Ode to Joy” – was played live at the opening ceremony.

Nigel Farage’s party, launched in April, swept to victory in the European Parliament election in Britain in May, riding a wave of public anger over Prime Minister Theresa May’s failure to take Britain out of the EU on time.