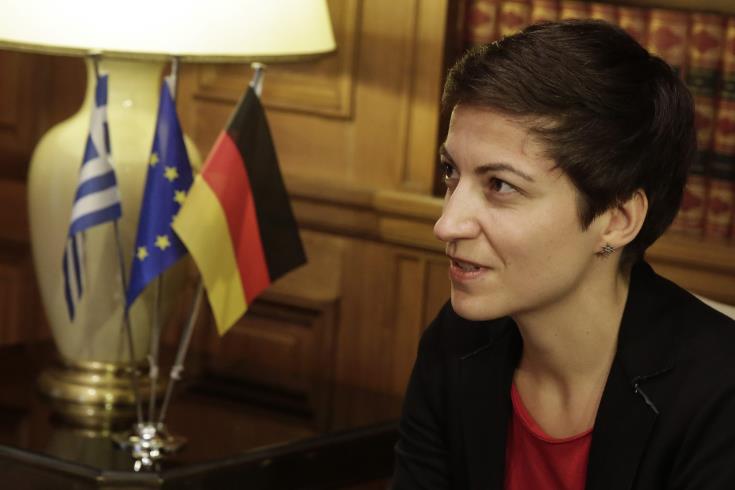 In statement issued today, Ska Keller notes that “Turkey has expressed an intention to start drilling for hydrocarbons within the Εxclusive Εconomic Ζone (EEZ) of Cyprus sparking tensions in the region” and that “a Turkish ship is reportedly currently stopped at a location some 60 km west of Paphos in the south west of the country”.

“Turkey must immediately scrap its intention to start drilling activities in the Eastern Mediterranean within the exclusive economic zone of Cyprus.  It not only violates international law and maritime safety procedures but risks flaring tensions in the region”, she states in her message.

“It is also a totally wrong headed approach for environmental reasons.  There are grave concerns that a lack of technical know-how could lead to major leaks into the Mediterranean, resulting in serious damage to marine life.  At a time of impending climate emergency that is not something we can even remotely tolerate”, says the European Green Party co-leading candidate

“We call on the EU leaders meeting in Sibiu on Thursday to condemn Turkey’s intention to drill in the EEZ”, states Ska Keller.

By In Cyprus
Previous articleCyprus GDP to expand by 3.5% and 3.4% in 2019 and 2020, UCY’s ERC estimates
Next articleLabour market’s main challenges