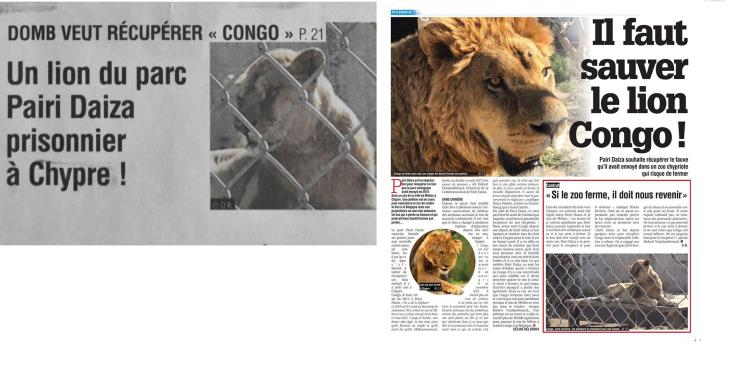 A European animals’ rights group has started an online petition to in order to remove Congo the lion from Melios Zoo in Ayioi Trimithias, Nicosia.

The group named “Animal’s Rights Group Europe & Melios’ Animals Support Group” advocates for the animal’s return to Belgium and the Pairi Daiza Zoo, from where it was first transferred to Cyprus.

It claims that the contract signed between the Belgian zoo and Melios for the lion has expired.

So far the petition has collected more than 57,000 signatures.

The group also criticises the operations of Melios Zoo. It says that that although its operating license expired in 2017, “the establishment remains open to the public, continues to have a sustained activity on social networks and it is still acquiring new animals. All this is happening under the watchful eyes of the competent Cypriot authorities and all of Europe.”

It slams the government for not taking effective action in order for Melios to comply with the EU Zoos Directive.

“Animal welfare being an area of your responsibility, we are counting on you to put an end to this situation of obvious illegality that puts the life and health of the animals in the zoo at serious risk,” the group says.

“Even if you are not, strictly speaking a party to the contract signed between the Belgian Pairi Daiza Zoo and the Melios Zoo, we believe that nevertheless, you have the power to take, by various means, the appropriate measures to facilitate in particular the transfer of Congo back to Belgium,” it adds.

It notes that if the government doesn’t take action it will have “no other choice but to resort to soliciting the intervention of the European Commission with the aim of initiating infringement proceedings against the Republic of Cyprus.”

“We urge you not to allow the actions of one person, in this case the owner of the Melios Zoo, to tarnish the image of your country in the eyes of European citizens!”

The Veterinary Services of the Republic in the past expressed an intent to shut down the zoo and move the animals, however there is an issue of finding facilities able to host the animals.

Melios Zoo came under the spotlight of  authorities and animal welfare groups again in 2018, when a Siberian tiger which was kept there, died.

The story of Congo featured at the Belgian newspaper Sudpresse on March 24, 2018, CNA writes. 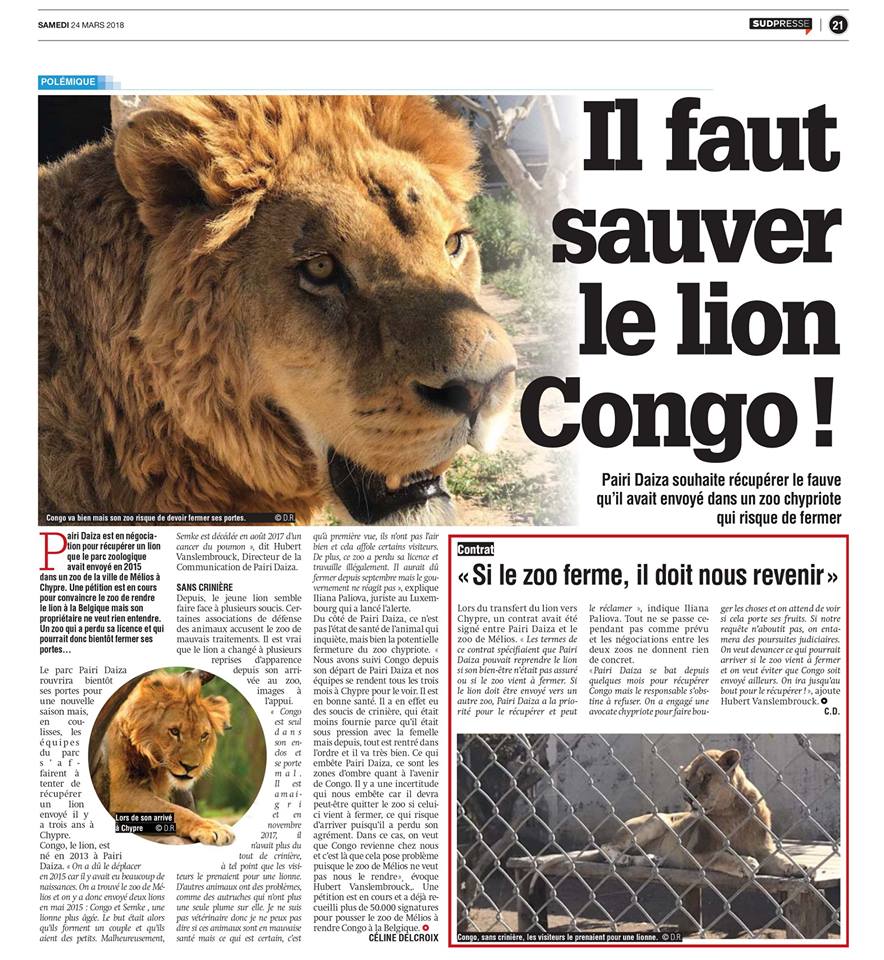 The Green Party issued an announcement on the matter on Friday urging the government to take action regarding the animals kept at Melios Zoo.

“The participants in the ‘Animal’s Rights Group Europe & Melios’ Animals Support Group’ rest their hopes on the public’s support through the Internet and the Belgian press. An article that was published on March 24, 2018 on page 21 in the ‘SUDPRESS’ newspaper which has been reproduced with a request for online signatures has exposed Cyprus globally,” the Party says.

It concluded its announcement by urging the government to take action in order to “first save the animals and then to restore Cyprus’ bad reputation, which to the eyes of many animal lovers, now seems like a country-animal tormentor”.