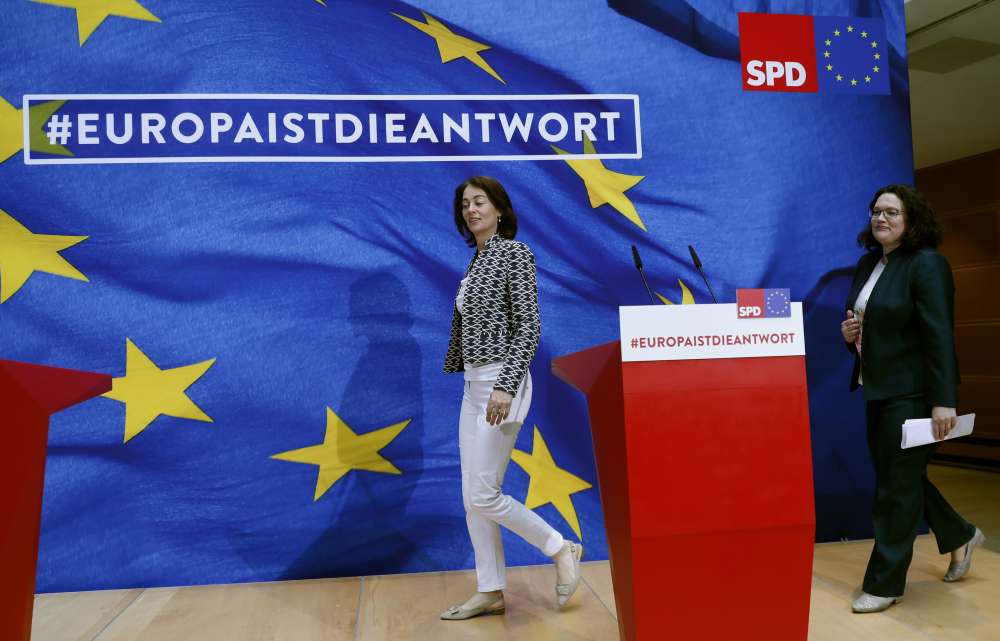 Following are running highlights of the election to the European Parliament. Over 400 million people can vote in 28 countries, seven of which held ballots between Thursday and Saturday, with the remainder voting on Sunday (times CET):

German Chancellor Angela Merkel’s ruling colaition, the CDU/CSU, won 28% of votes in the EU election, followed by the Greens at 22% and the Social Democrats at 15.5%, according to an exit poll.

The Greek opposition conservatives New Democracy took the lead over the ruling leftist Syriza party in the EU elections, according to a joint exit poll by five private TV stations. New Democracy had 36-32 percent of the vote and Syriza, the party of Greek Prime Minister Alexis Tsipras, had 29-25 percent, according to the poll.

A polls-based projection showed the party of Austrian Chancellor Sebastian Kurz leading in the EU election Sunday, the day before he faces a no-confidence motion. The projection found support for Kurz’s party, the conservative People’s Party, at 34.5%, followed by the Social Democrats at 23.5% and the far-right Freedom Party at 17.5%.