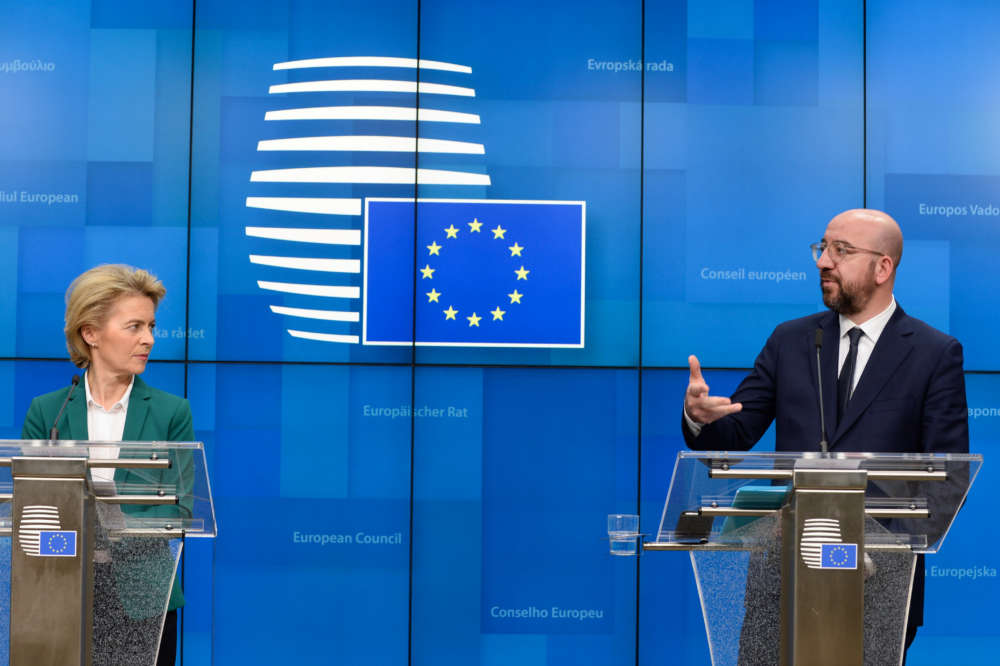 Europe proposed shutting its external borders to foreigners for 30 days on Monday in a bid to turn the page on its scramble to contain the coronavirus, but it drew criticism for doing too little, too late.

With the official death toll in Italy now above 1,800 and the number of cases growing rapidly around the continent, the crisis has exposed divisions in the 27-member European Union.

Some countries have introduced border controls inside what is normally Europe’s Schengen zone of open borders, while others have refused to share medical data or equipment.

Calls for unity from Brussels have so far seemed to fall on deaf ears. Images from crossings in Europe show vehicles in long lines waiting to cross what would normally be invisible borders.

“The less travel, the more we can contain the virus. Therefore … I propose to the heads of state and government to introduce temporary restriction on non-essential travel to the EU,” said the head of the EU’s executive, Ursula von der Leyen.

“These travel restrictions should be in place for an initial period of 30 days, but can be prolonged as necessary.”

Leaders of EU member states will discuss the proposals during a videoconference on Tuesday. Diplomatic sources said the they were championed by French President Emmanuel Macron, who has pushed for co-ordinated European action.

The plan would cover 30 countries: all EU member states excluding Ireland, as well as Iceland, Norway, Switzerland and Lichtenstein, which are part of the Schengen zone even though they are not part of the European Union.

Britain, which left the EU in January, and Ireland would have to decide independently whether to fall in line by sealing their borders. But their nationals would retain the right to travel to Europe in the meantime, according to EU officials.

From Portugal in the west to Hungary in the east, European countries have unilaterally tightened frontier controls, triggering a warning earlier on Monday from Brussels that chaotic measures risk hurting food and medicine supplies, and aggravating the crisis.

The proposals on shutting Europe’s external borders to foreigners, which include a raft of exemptions, were viewed by some as an effort by Brussels to appear in control.

“We do know the threat is already inside, the threat is not coming from the outside anymore. So it’s more about political messaging,” an EU official said, requesting anonymity.

Charles Grant, director of the Centre for European Reform think-tank, agreed. He described the proposals as “window-dressing … to cover up the embarrassment of member-states closing their borders to each other.”

“I don’t see the potential benefits,” he said.

By Josephine Koumettou
Previous articleExness donates equipment to CING, pledges up to €1m against coronavirus
Next articleCoronavirus: Confusion at airports after passengers arrive without health document (video)