Europe deals with heatwave from Portugal to a Finnish supermarket 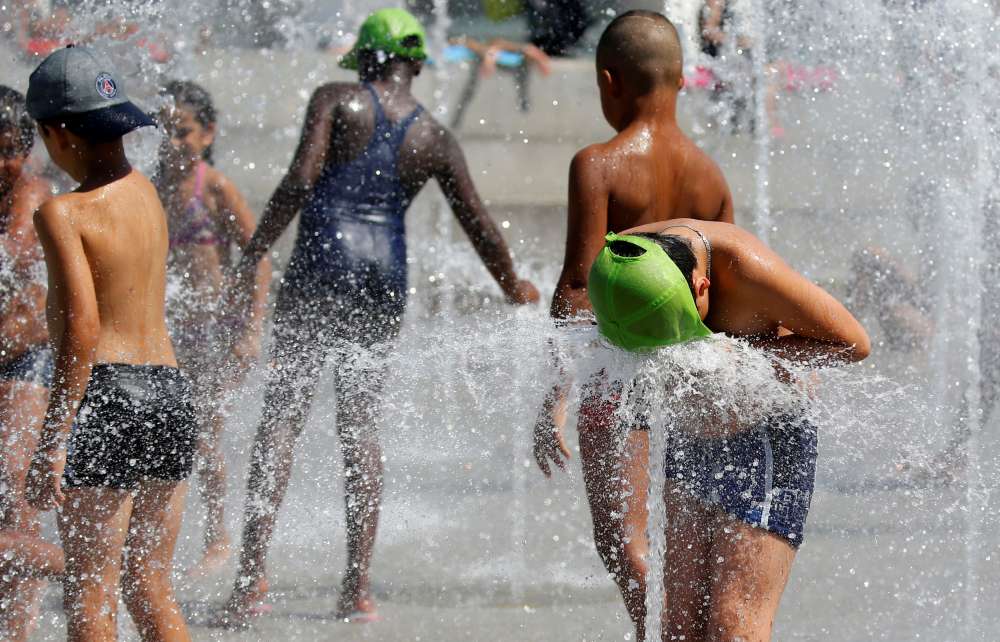 Europe’s heatwave gripped Spain and Portugal on Friday, as governments checked for forest fires, Switzerland let its soldiers wear shorts and a Finnish supermarket invited customers to sleep over to stay cool.

Summer has brought drought and forest fires as far apart as Britain and Greece, where scores of people died, and Sweden warned of forest fires on Friday.

Hot air from North Africa has caused the most severe heatwave since 2003 in Iberia.

Portugal’s Civil Protection agency reported 426 firefighters were putting out or checking fire alerts in the north and centre. Fires typically flare late in the day when the weather is hottest.

Spanish and Portuguese temperatures will remain above 40 Celsius at least until Sunday, and could rise 2 or 3 degrees. That could push them above Europe’s record high of 48C, set in Athens in 1977.

The record in both Spain and Portugal is just over 47C. In Portugal, local media said temperatures could beat Death Valley in California, one of the world’s hottest places.

“Lisbon will be one of the hottest cities in the world this weekend because it’s 10 in the morning right now and the weather is already way too hot,” said Ana Pascoal, 56, a cleaner at a high-end restaurant.

Parts of Portugal’s parched southern Alentejo region were forecast to hit 47C. The country is on alert to prevent a repeat of its worst fires in history last year when 114 people died.

Francois Jobard, a forecaster for Meteo France, said the hot air mass from North Africa could cause temperatures in Portugal and Spain of 45C until Saturday and perhaps hotter.

“I don’t want to say anything bad but yesterday, while I was watching TV, I thought the same could happen here but I’m praying it doesn’t,” said Eva Stigliano, a Greek tourist visiting Portugal for the third time. “I’ve been here in the summer but it has never been this hot.”

Spanish authorities issued a heatwave warning for most of central Spain, expected to last until Sunday with temperatures of over 42C in some parts of Andalusia and Extremadura.

A branch of the K-Supermarket chain in Helsinki’s Pohjois-Haaga district has invited 100 customers to sleep in its air-conditioned store on Saturday.

Finland’s August average is 19C but temperatures approached 30C this week and few have air-conditioning at home. A store manager told the state broadcaster that beer sales would end at 9 p.m. (2000 GMT) as usual though snacks would be available.

Tourists took shelter under umbrellas outside the Louvre Museum in Paris and ignored ‘No Bathing’ signs to paddle in the fountains.

“We’re here for two days, so we’re going for it,” said David Jones from England, cooling off by the fountains with his wife.

Martina Ihrig, an office worker from Germany, said she was delaying visiting the Eiffel Tower with her three daughters until evening.

In Switzerland, mountain railways reported booming business as city dwellers fled to the Alps. Fishery authorities in the canton of Zurich were combing creeks to rescue fish from suffocation as streams dry up or oxygen levels plunge.

The Swiss army let soldiers wear shorts and T-shirts instead of standard uniforms.

The small Budakeszi game reserve outside the Hungarian capital Budapest said it was helping its animals cope with the heat with iced fruit and a diet with less meat and more nutrients.

In another sign of drought, water levels in the Danube River that runs through Budapest are about to fall to a level that will expose a small outcrop called Dearth Rock that is almost always underwater, the National Water Management Authority said.

In Scandinavia, temperatures hit records until a few days ago. In Sweden July was a record hot month and wildfires burnt in parts of the country.

Authorities in Sweden and Poland warned against swimming due to a bloom of toxic algae spreading caused by hot weather.