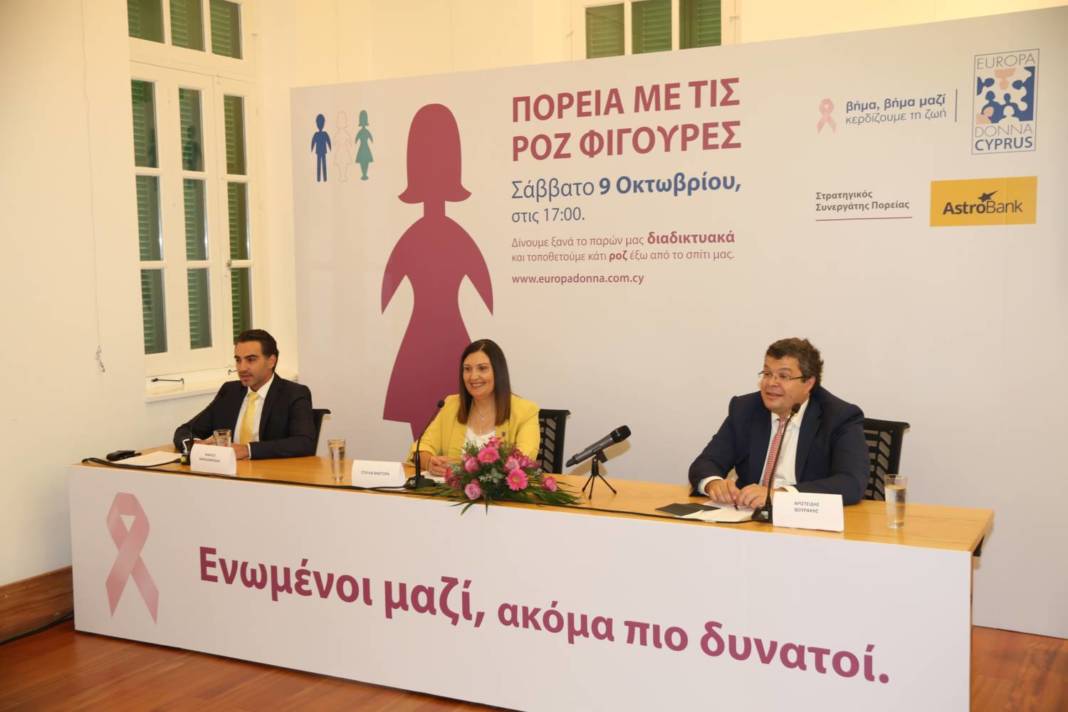 Europa Donna Cyprus supporters will walk on Saturday October 9 at 17:00 but without public participation in support of each and every fellow human being battling breast cancer.

“We will be “United together, we are even stronger”, in the March with the Pink Silhouettes,” a press release also said.

“Adapting to the conditions brought on by the pandemic, we will walk without public participation, but with the same vigor to support each of our fellow human beings who are fighting their own battle against breast cancer,” it added.

This year the event will take place as a torchlight procession, with members of the Board and volunteers of Europa Donna Cyprus, representatives of AstroBank and 12 other organized groups, participating to share a message of hope, strength, and life.

The torch relay will start at the house of Europa Donna Cyprus in Engomi.

From there, it will proceed to Grivas Digenis Avenue, where there will be a pause, as every year, in front of the headquarters of AstroBank, the Strategic Partner of the March.

The torch relay will conclude in the underground part of Eleftheria Square for the closing event. At that point, they will meet with the other 10 teams that will start earlier from various parts of the capital, and they will join together, as no one should stay alone on this difficult path in life.

During the torch relay, which will be broadcast on live TV, the public is asked to place something pink outside their home to show their support.