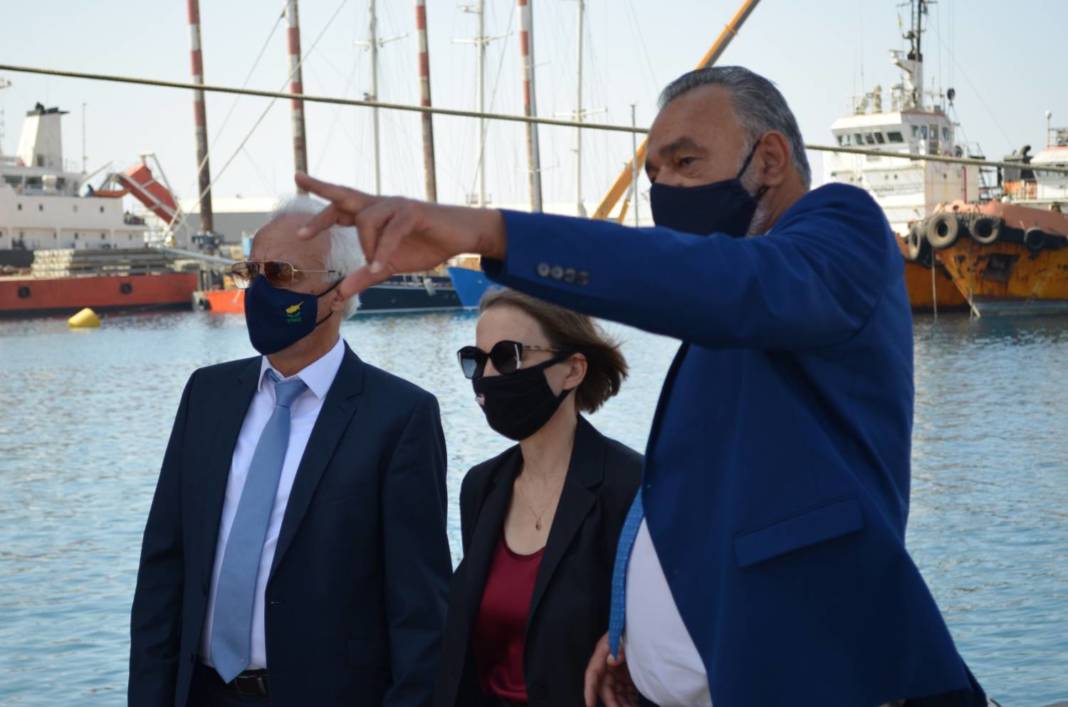 Ambassador Judith Garber was given a tour of the Eurogate container terminal at Limassol port, as part of an official visit, according to a press release this week.

The Ambassador’s visit was held in the presence of the Permanent Secretary of the Ministry of Transport, Communication and Works, Mr Stavros Michael, and Limassol Port Manager, Mr Panayiotis Agathocleous.

Eurogate’s COO, Capt. George Pouros, thanked Ms Garber for her visit, adding that they had a very productive meeting.

“We had the opportunity to show the Ambassador the significant upgrades we made to the container terminal’s infrastructure and operations since taking over in 2017, with an emphasis on security issues, which were of special interest to Mrs Garber. We also discussed the prospects of further developing the terminal, so that it can become the safest and most contemporary container terminal in a key area, at the crossroads of Europe, the Middle East and Egypt”, he said.

On her part, after the end of the meeting with the management of Eurogate Container Terminal Limassol, Mrs Garber said she received an excellent presentation of the operations and infrastructure of the Limassol port, which handles 90% of Cyprus’ imports and exports, pointing out that the US remains committed to working alongside Cyprus to ensure the port’s security.