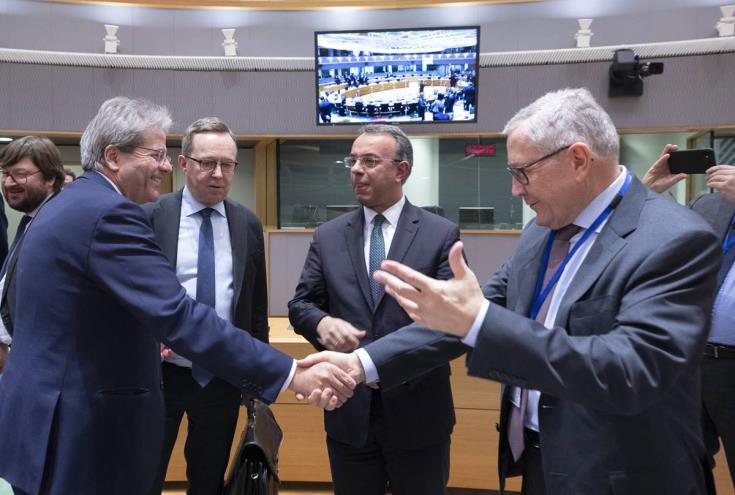 Euro zone finance ministers pledged continued fiscal support on Friday to get their economies running again after the Covid-19 crisis, chairman of the Eurogroup Paschal Donohoe said after they met in Berlin.

At their first in-person meeting since February, finance ministers from the 19 countries that share the euro talked informally about the fiscal response to the pandemic that has savaged the European economy since March.

“There will be no sudden stop, no policy cliff-edge and overall budgetary policy will continue to support the economy”, Donohoe, who is Ireland’s finance minister, told a news conference after the meeting.

While the ministers did not pledge any addition to the vast sums already promised to keep the economy going, they made clear there would not be fiscal tightening any time soon and that they would keep their foot on the accelerator as long as needed.

European Union governments have already announced more than €3.7 trillion in various support measures for their economies since the pandemic started and the bloc has added another €1.3 trillion that could be tapped over time.

The latter includes a recovery package of €750 billion in grants and loans that the EU as a whole will borrow on financial markets and spend over the next three years to boost growth.

The package is now going through European Parliament and is expected to be ready by January 1st.

This is boosting European public debt levels, but growth is now the ministers’ priority.

“Concerning the fiscal stance for 2021, given the current high level of uncertainty … a premature withdrawal of support would put the fragile recovery in jeopardy”, EU Economics Commissioner Paolo Gentiloni said.

“If we miscalculate the timing of this landing, we risk damaging the European economy”, he added.

The European Commission expects EU economy to shrink by an unprecedented 8.3% in 2020 after a 1.5% growth in 2019 because of the economic disruption caused by the pandemic.