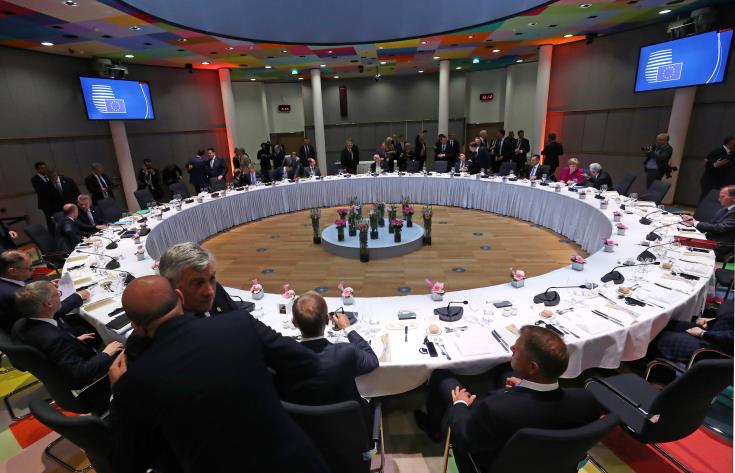 The 28 EU governments warn Turkey with “targeted measures” over its illegal drilling activities in the Eastern Mediterranean, according to the final conclusions adopted by the European Council in Brussels on Thursday evening.

The European Council “expresses serious concerns over Turkey`s current illegal drilling activities in the Eastern Mediterranean and deplores that Turkey has not yet responded to the EU’s repeated calls to cease such activities”.

The European Council “underlines the serious immediate negative impact that such illegal actions have across the range of EU-Turkey relations” and “calls on Turkey to show restraint, respect the sovereign rights of Cyprus and refrain from any such actions.”

Finally the European Council “endorses the invitation to the Commission and the EEAS to submit options for appropriate measures without delay, including targeted measures” and warns that “the EU will continue to closely monitor developments and stands ready to respond appropriately and in full solidarity with Cyprus.”

“The European Council will remain seized of the matter and will revert accordingly” the EU 28 conclude.

EU Commission president Jean Claude Juncker said the measures will not “be soft.”

At a press Conference following the first day of the EU28 meeting in Brussels, Junker stated that the EU stands in full solidarity with Cyprus.

“What Turkey is doing in the territorial waters of Cyprus is totally unacceptable,” he said noting that “the Commission is charged to propose measures to be taken when it comes to this conflict and we will do so – and these are not going to be soft measures.”

And European Council president Donald Tusk said: “Last but not least: President Anastasiades updated us on the situation off the coast of Cyprus. The European Council stands ready to respond appropriately and in full solidarity with Cyprus,” he reiterated.

“The Commission and the EEAS have been instructed to present options of measures,” he concluded.

By In Cyprus
Previous articleIncreased risk and cost for supertankers
Next articleEU shows solidarity with Cyprus, Spokesman says