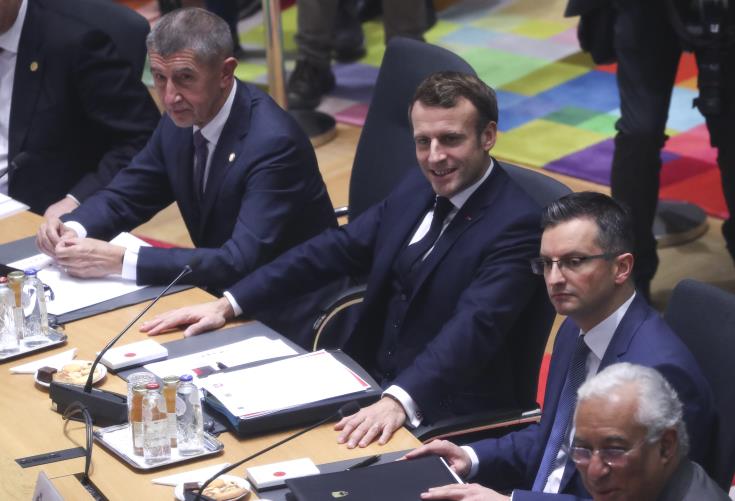 The EU28 leaders reached conclusions on Climate Change and the Multi-annual Budget after long debate in Brussels, that ended around 01:00 local time.

According to the text adopted, “in the light of the latest available science and of the need to step up global climate action, the European Council endorses the objective of achieving a climate-neutral EU by 2050, in line with the objectives of the Paris Agreement”.

Nevertheless, the text states that “one Member State, at this stage, cannot commit to implement this objective as far as it is concerned, and the European Council will come back to this in June 2020.”

“The transition to climate neutrality will bring significant opportunities, such as potential for economic growth, for new business models and markets, for new jobs and technological development. Forward-looking research, development and innovation policies will have a key role”, the EU28 agreed.

“Achieving climate neutrality will however require overcoming serious challenges. The European Council takes note of the Commission Communication on the European Green Deal and asks the Council to take work forward in line with paragraph 1. It recognises the need to put in place an enabling framework that benefits all Member States and encompasses adequate instruments, incentives, support and investments to ensure a cost-effective, just, as well as socially balanced and fair transition, taking into account different national circumstances in terms of starting points.

The leaders agreed that “the transition will require significant public and private investments. In this context, the European Council welcomes and supports the announcement by the EIB that it intends to support EUR 1 trillion of investment in climate action and environmental sustainability in the period from 2021 to 2030”.

More specifically the text adopted foresees the following: “It underlines that the next MFF will significantly contribute to climate action. InvestEU has an important role in leveraging private investments for the transition. Tailored support for regions and sectors most affected by the transition will be made available from the forthcoming Just Transition Mechanism. The European Council welcomes the European Commission’s announcement that its forthcoming proposals will aim at facilitating EUR 100 billion of investment through the Just Transition Mechanism. Funding of transformation efforts must continue after 2030.”

Furthermore, the EU28 stated that “all relevant EU legislation and policies need to be consistent with, and contribute to, the fulfilment of the climate neutrality objective while respecting a level playing field.”

Furthermore the European Council acknowledges “the need to ensure energy security and to respect the right of the Member States to decide on their energy mix and to choose the most appropriate technologies”. “Some Member States have indicated that they use nuclear energy as part of their national energy mix”, it states.

According to the text “the climate neutrality objective needs to be achieved in a way that preserves the EU’s competitiveness, including by developing effective measures to tackle carbon leakage in a WTO compatible way”.

In this context, the European Council takes note of the Commission’s intention “to propose a carbon border adjustment mechanism concerning carbon-intensive sectors. Facilities in third countries need to adhere to the highest international environmental and safety standards”.

On the Multiannual Financial Framework, the EU`s 7 year budget the EU28 agreed that “following the presentation of the Negotiating Box with figures by Finland’s Presidency, the European Council discussed the main features of the new Multiannual Financial Framework.” The European Council calls on its President to take the negotiations forward with the aim of reaching a final agreement.

Furthermore the European Council considered the idea of a Conference on the Future of Europe starting in 2020 and ending in 2022. It asks the Croatian Council Presidency “to work towards defining a Council position on the content, scope, composition and functioning of such a conference and to engage, on this basis, with the European Parliament and the Commission.”

The European Council recalls that “priority should be given to implementing the Strategic Agenda agreed in June, and to delivering concrete results for the benefit of our citizens”. The Conference “should contribute to the development of our policies in the medium and long term so that we can better tackle current and future challenges”.

Considering the importance of the EU-Africa partnership, the European Council calls on the Commission and the High Representative to provide it with the necessary basis for a strategic discussion at the June European Council on relations with Africa and on the next EU-AU summit.

Finally the European Union  also “stands in solidarity with Albania in light of the recent earthquake”. The European Council welcomes the Commission’s announcement to provide humanitarian assistance and to organise a donors’ conference.