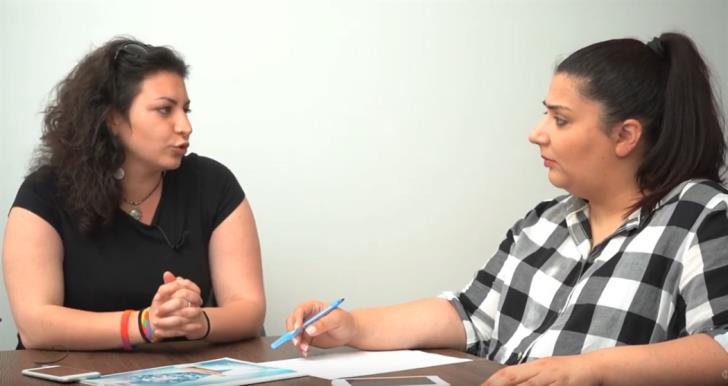 Under the central theme, “Stand With Pride” the 2019 Pride festival got underway in Cyprus on May 11 culminating with the Gay pride parade in Nicosia on June 1.
This ear’s festival focuses on raising awareness about homophobic and transphobic bullying, thereby supporting the Hombat programme which is trying to train teachers on how to prevent and combat such incidents.
Sarah Petridou, vice president of Accept LGBTI –Cyprus told Philenews that this year’s Pride festival will include a seminar on  Hombat entitled Kids against bullying that will also include events for children.
This is the sixth consecutive year that Nicosia is hosting a Pride festival and Petridou said that it is now well established. The LGBTI community knows that this period is dedicated to their struggle for acceptance and equal rights. A significant landmark success in these six years was the law establishing civil partnerships, although the law on the recognition of gender identity is still pending.
She also stressed that the European Commission has made the prevention of non-consensual medical interventions for intersex people a priority as this is considered an abuse of human rights.
And she said there were gaps in the implementation of the law on hate speech.
Petridou noted that EU Commission directives on these issues are very important because at a local level they help both LGBTI organisations and the individuals.
By In Cyprus
Previous article
Endemic Herbs exhibition
Next article
3rd Cherry Festival at Pedoulas