Loizidou: Sweeping changes on environmental policies thanks to EU 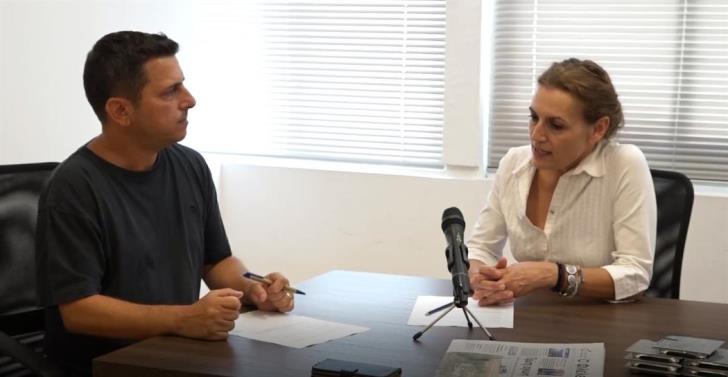 There have been sweeping changes in Cyprus on environmental issues since the 1980s, Xenia Loizidou, president of AKTI project and research centre told philenews, noting that this progress would not have been achieved without the European Union.
Modeled on NGOS in the European Union, AKTI was set up in 2000 and deals with the environment and the quality of life. It is particularly active in education and applied research. Every year, members visit 389 schools free of charge to raise awareness about the environment. It has received awards for its actions to combat plastic pollution and for a second year has been honoured by Monaco principality.
Loizidou said the aims of AKTI are to inform the public and to promote volunteerism.
“The EU considers NGOs as the backbone of democracy, something which does not apply for Cyprus which considers them a nuisance,” she said.
“Rubbish in the sea is a policy priority for the EU,” she said, adding that the European Commission offers significant help.
AKTI also aims to develop social entrepreneurship – one example is Tiganokinisi which has received proof of consent from Horizon 2020 of the European Commission.
This involves using household oil. “We shouldn’t throw it in the rubbish or down the drain. There are barrels in the schools and the children can take the oil there. AKTI collects it and sells it to people who refine it,” she said.
“We are required by the EU to use biofuels. This is an excellent second generation biofuel,” she added.
The money is given back to the schools for environmental programmes.
By In Cyprus
Previous article
Religious freedom must not be a hostage of Cyprus talks, RTCYPP Executive Director tells CΝΑ
Next article
Limassol Mayor: “Limassol Wine Festival continues to raise the bar”

End-of-summer clean-up in Limassol on September 17