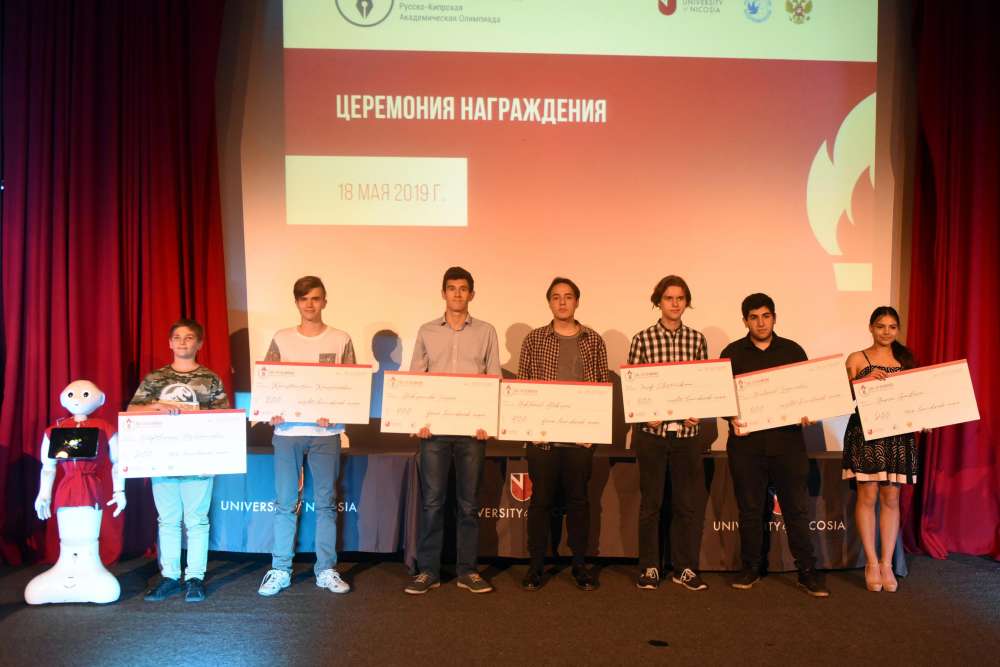 The first Russian-Cyprus Academic Olympiad, co-organised by the University of Nicosia and the Russian Cultural Centre, with the support of the Embassy of the Russian Federation in the Republic of Cyprus, was a great success, registering a large participation by Russian speaking pupils from across the island.

The Olympiad wrapped up with a ceremony, in which winners were announced and were awarded academic scholarships and cash prizes, for their participation in a round of academic competitions in the subjects of Architecture, Management and MIS, and Communications. The judging committee consisted of two academics from the corresponding academic departments at the University of Nicosia, as well as a representative of the Russian Cultural Centre.

During his speech, the Counsellor of the Russian Embassy, Yury Kozin, congratulated the winners and all the participants and noted “Holding such intellectual celebrations helps strengthen educational and interpersonal ties between the Russian and Cypriot nations. Thanks to such Olympiads, pupils not only gain new knowledge and skills, but also make new friends.”

On behalf of the Russian Cultural Centre in Cyprus, Alexey Melnikov, Assistant Director, congratulated all of the pupils and stated: “This is an important initiative in terms of promoting science and innovation among the younger generation of Russian compatriots. I wish to all the participants great success and a fair wind.”

Speaking on behalf of the University of Nicosia, Vice Rector for Academic Affairs, Professor Edna Yamasaki congratulated the winners and officially thanked the principals of Russian High Schools for their contribution in making the Olympiad happen. Prof. Yamasaki further stated “I am certain of the calibre and excellence of the work developed. I do hope that you had a wonderful experience at UNIC and I certainly look forward to seeing you in the near future, to welcome you as part of the UNIC family.”

Lastly, Evgeniya Kasyan, UNIC Regional Counsellor Russia and CIS, commented: “Regardless of their places, all participants should consider themselves as winners, as they took the time and unfolded their skills, showcasing projects of excellent quality. We are proud of each participant”.

Following the ceremony, participants had a chance to take pictures with UNIC’s famous robot Nicky and participate in a tour around the UNIC Campus.