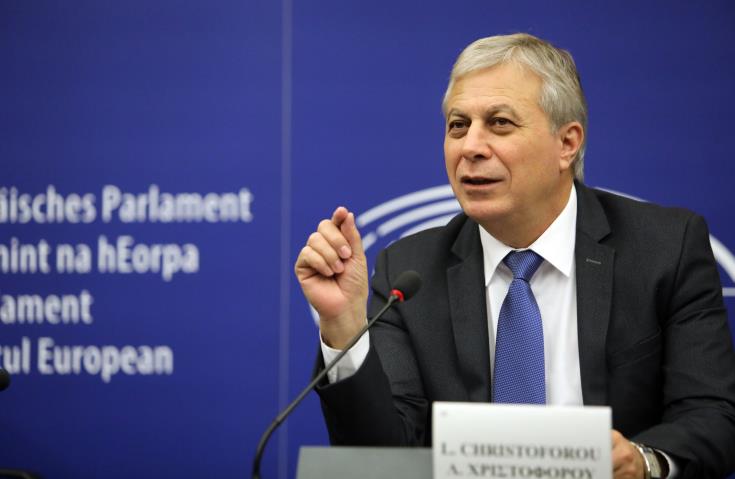 European Commissioner for Culture Tibor Navracsics has promised to raise the issue of the destruction of Cyprus’ cultural heritage in the island`s northern Turkish-occupied part at the next UNESCO conference, in Paris.

According to an announcement by EPP MEP Lefteris Christoforou, the two men met to discuss the issue, with Navracsics asking Christoforou to provide him with specific evidence.

“Religious and cultural heritage sites in the occupied areas [of Cyprus] have been totally destroyed by Atilla,” the code name of Ankara’s offensive during the 1974 Turkish invasion of Cyprus, Christoforou says, pointing out that “destruction has continued since 1974.”

He adds that the Commissioner considers this to be a particularly important and sensitive issue and promised to address the matter at the next UNESCO conference.

It is very important to have the EU, through its Commissioner, raising this issue of great significance at an international level, the MEP says.

The destruction of Cyprus’ cultural and religious heritage is a European issue, since Cypriot culture is part of the European civilization, he notes.

The MEP says he has asked for additional EU funds, since the competent bicommunal Technical Committee is moving at a slow pace and cannot cope with the huge destruction perpetrated against the Greek Cypriots.

Cyprus has been divided since 1974 when Turkey invaded and occupied its northern third. Since then, hundreds of religious sites and other cultural heritage places have been pillaged, destroyed or turned into stables, silos, museums or were simply abandoned to the elements.

By In Cyprus
Previous articleBacking from senators puts Kavanaugh on track for U.S. Supreme Court
Next articleHouse Prices Index up by 1.2% in second quarter of 2018