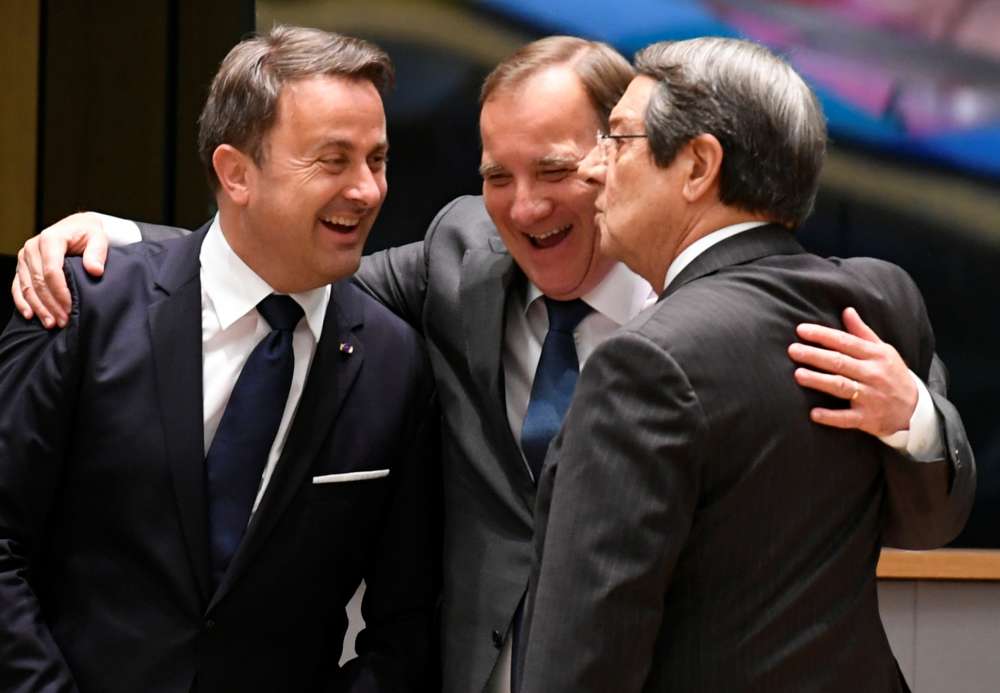 EU partners demonstrated their solidarity towards Cyprus with deeds, by adopting conclusions aimed at imposing targeted measures against Turkey’s illegal activities in Cyprus’ EEZ, Government Spokesman Prodromos Prodromou stated following the adoption of the text by the European Council in Brussels.

More specifically, the Government Spokesman said that with the conclusions adopted by the European Council “our partners respond positively to the call made by the President of the Republic and the EU expresses its solidarity and support towards the Republic of Cyprus.”

Prodromos Prodromos noted that the European Council reaffirms and adopts previous Council and European Council conclusions, including the Conclusions of 22 March 2018, strongly condemning Turkey`s continuing illegal activities in the Eastern Mediterranean and the Aegean.

He added that the Council expresses its grave concern over current illegal Turkish drilling in the Eastern Mediterranean and deplores the fact that Turkey has still not responded to the repeated calls by the EU to end these activities.

The text of the conclusions “highlights the serious, immediate, negative impact that these illegal actions have on the whole range of EU-Turkey relations.”

“It urges Turkey to show restraint, respect for the sovereign rights of Cyprus and refrain from such acts.”

Furthermore, it “approves the decision of the General Affairs Council calling on both the European Commission and the European External Action Service to submit, without delay, proposals for appropriate measures, including targeted measures,” the Spokesman noted.

Prodromos Prodromou noted that “the President of the Republic expresses his complete satisfaction with today’s unanimous decision of the European Council.” He went on to say that ” with this decision, in addition to confirming the General Affairs Council Conclusions of 18 June 2019, the EU adopts at the highest level the President’s recommendation to take targeted measures against Turkey.”

“Besides the unanimous condemnation of Turkish provocation and the support towards the Republic of Cyprus, it is noted for the first time through a collective decision of the EU’s top institution that unlawful acts against a member state are not tolerated and have particular consequences” Prodromou stressed.

According to the Spokesman, “the President of the Republic once again expresses his determination to engage in a creative dialogue to find a functioning, lasting and viable solution to the Cyprus problem with mutual respect for the legitimate concerns of the two communities and with the goal of peace, stability and prosperity prevailing for the entire Cypriot people, always on the basis of UN resolutions, as well as the principles and values of the EU. ”

“At the same time,” he noted “he calls on Turkey to respect international law and the sovereign rights of the Republic of Cyprus, as dictated by the rules for good neighbourly relations, while avoiding unnecessary tensions or unlawful acts that lead to destabilization in the region.”

“The commitmentby the European Council to continue monitoring closely developments, as well as the initiationof targeted measures, without delay, constitute a practical support for upholding the sovereign rights of the Republic of Cyprus,” the Spokesman concluded.

By In Cyprus
Previous articleEU28 warn Turkey with ‘targeted measures’ in official conclusion text adopted in Brussels
Next articleMainly fine, as temperatures edge up