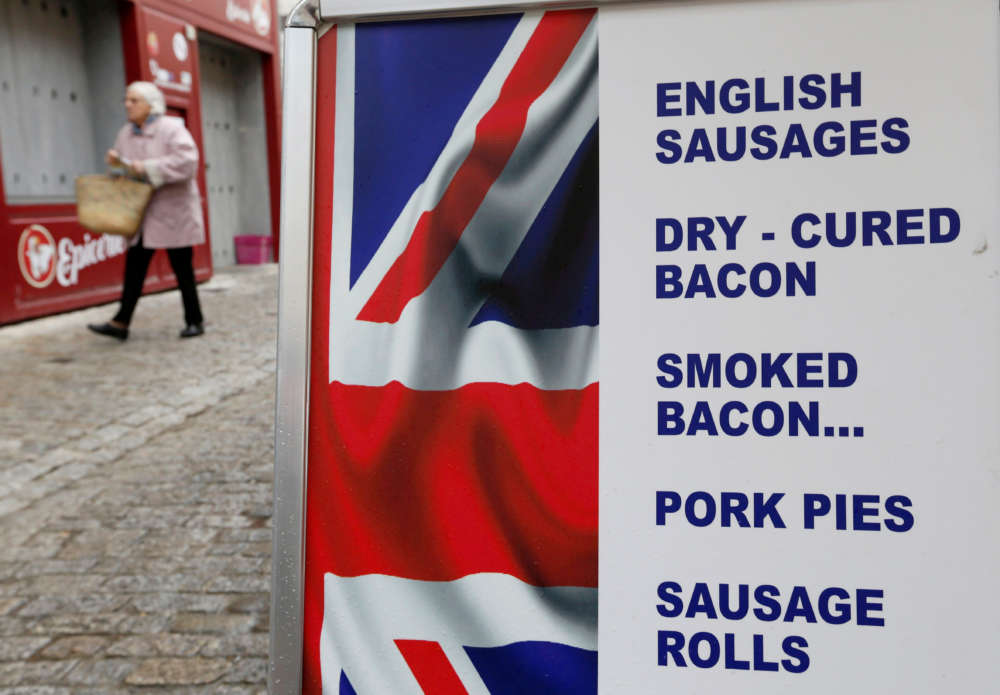 British producers will not be able to export processed meat like sausages and burgers to Europe after Brexit unless they get a specific European Union health certificate which currently does not exist, the British Meat Processors Association (BMPA) said.

When the Brexit transition period ends on Dec. 31, Britain will lose access to the EU’s free-trade area, meaning that animal products from Britain will need specific paperwork and border checks.

This will be a substantial blow to the 8.2 billion-pound UK meat processing industry, which does 75-90% of its trade with EU countries, the BMPA said on Tuesday.

“At the moment, people forget this – we don’t ‘export’ anything to Europe, we just send stuff … At the moment you just put it in a van and send it,” said BMPA Chief Executive Rick Allen.

“In the future, we will actually have legislation to go through,” he added.

The new rules would apply to British products sent to EU countries and Northern Ireland, which will still be part of the EU’s trading bloc.

But the BMPA say that the specific EU health certificate that will be required for processed meat products does not exist yet and they are worried that the government has not made enough progress in negotiating the new arrangements.

“It’s going to be something that needs to be put in place and something the government needs to get on and negotiate,” Allen said, adding that the BMPA have been flagging the issue since last Autumn.

“We are feeling at the moment that they are not getting on and getting some of these processes in place that we need. They’re very quick as a government to actually say to businesses: you need to get yourself ready because we’re not going to have this special arrangement with Europe,” he said.

Britain’s top Brexit negotiator, David Frost, said in a speech in Brussels on Monday that Britain is not frightened by suggestions that there will be trade frictions.

Responding to the BMPA’s comments, a spokesman for the food department DEFRA said: “Businesses are able to export sausages and trade on the same terms across all sectors to the EU during the transition period. Future trade arrangements beyond the end of the year will be agreed as part of negotiations on our future economic partnership with Europe.

By In Cyprus
Previous articleFrench Minister expresses her country’s solidarity with Cyprus
Next articleLimassol: Man wanted for theft (photo)