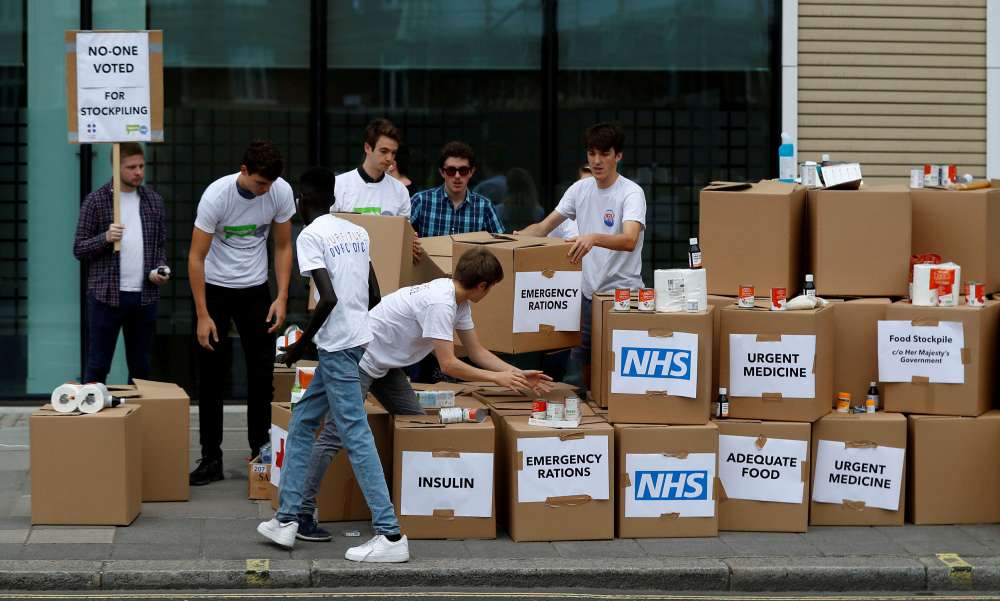 The European Union’s executive proposed on Tuesday that Britons be allowed to visit the bloc without visas after Brexit and stepped up preparations in case of a no-deal divorce.

Speaking after the European Commission sat in Strasbourg, deputy head Frans Timmermans said a Brexit deal with Britain was the bloc’s preferred solution.

“Very intense negotiations are ongoing. It is clear that although we are making progress, we are not there yet,” he told a news conference.

“We also discussed a number of issues related to our no-deal planning. You have to do that anyway. We are working very hard for a deal and let’s be clear that is by far our preferred option. But we need to prepare for all options.”

The Commission said Britons would need no visas for stays of up to 90 days.

“In the scenario where the UK leaves the EU without a deal, this would apply as of 30 March 2019. If a deal is reached, however, it would apply as of the end of the transition period,” the Commission said in a statement.

“This proposal is entirely conditional upon the UK also granting reciprocal and non-discriminatory visa-free travel for all EU member states, in line with the principle of visa reciprocity,” it added.

This would need to be approved by the European Parliament and EU member states to take effect.

Timmermans spoke after EU Brexit negotiator Michel Barnier updated the European Commission on divorce negotiations with Britain, which British Prime Minister Theresa May said were “in the endgame” but remain stuck over the Irish border.

EU diplomats did not have high hopes for a breakthrough this week that would allow for a summit of national leaders to rubber-stamp a Brexit deal this month.

While a deal is possible in December, delays raise the risk of the most damaging scenario of Britain leaving the EU next March without agreements in place to mitigate its impacts.