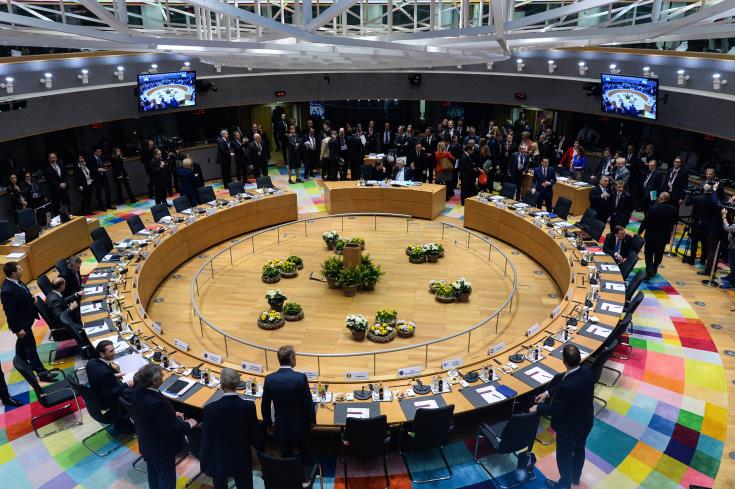 The European Union will play for time rather than rush to decide on British Prime Minister Boris Johnson’s reluctant request to delay Brexit again, diplomats with the bloc said after a 15-minute meeting on Sunday.

The fractious British parliament refused to vote on Johnson’s new Brexit withdrawal deal on Saturday, a move that forced him to seek a third postponement of Britain’s departure from the bloc. It has so far been envisaged for Oct. 31.

At a rare Sunday meeting of ambassadors of the 27 states that will make up the EU after Brexit, the diplomats decided to forward Johnson’s deal to the European Parliament for its required approval. The EU chamber sits in Strasbourg next week.

“We’re looking for more clarity towards the end of the week, hoping that by that time we will also see how things develop in London,” one senior EU diplomat said.

Another one added the meeting was very brief: “No questions, no discussion. We are waiting.”

The chairman of European Union leaders, Donald Tusk, said on Saturday he had received the extension request and he would now be consulting with EU capitals on how to react.

While weary of the tortuous Brexit process, EU leaders are keen to avoid a disorderly no-deal Brexit and are unlikely to reject the request. They hope the deal can eventually be approved in London.

After the British parliament refused to endorse Johnson’s deal at the first time of asking on Saturday, the prime minister sent a letter to the bloc requesting a delay, as required by a law passed earlier by parliament.

Johnson, who has insisted that Britain will leave on Oct. 31 come what may, added another note, however, in which he explained that he personally did not want the “deeply corrosive” postponement.

‘THE BALL IS IN WESTMINSTER’

A third senior EU diplomat, noting that follow-up letter, said: “Either way you slice it, there’s a request for an extension there”.

“The political ball is in Westminster. In terms of the letters that’s with Donald Tusk,” the diplomat added. “Let’s see how things pan out over the next few days.”

The EU 27 have already agreed twice to postpone Brexit from the original deadline of March 29 this year.

However, frustration has mounted among them over the distraction of a process that has dragged on for 3-1/2 years since Britons voted in a referendum to leave the EU.

After the second extension they said it would be the last one. French President Emmanuel Macron has been the most outspoken and impatient among the 27’s leaders on the issue.

“We should stop believing that it’s in everybody’s interest to put everything on hold for six months and everything will be better after that,” French Minister for European Affairs Amelie de Montchalin told French weekly newspaper Journal du Dimanche.

“We need a ‘yes’ or a ‘no’ answer from Britain on #Brexit agreement. Political uncertainty has negative consequences for millions of families and businesses,” she added in a tweet.

Her Italian counterpart, Vincenzo Amendola, said in a tweet that since 2016 the EU had done everything necessary for an accord, “with patience and respect” towards the British people and Westminster. “Now it’s up to the UK to clarify how to proceed to avoid further problems,” he added.

Johnson was obliged to send a letter asking for an extension because of a law that sought to avoid an abrupt split on Oct. 31, with an Oct. 19 deadline for parliament to either approve a divorce deal or a no-deal exit. The law demanded the government seek a delay until the end of January 2020.

However, the EU 27 might grant a “technical extension” of just a month until the end of November to keep pressure on Britain to approve the deal clinched between Johnson and the bloc last week.

“A good and orderly solution is still possible if Boris Johnson now reaches out to parliament to seek a non-partisan solution. Further wrangling for power within the UK would put jobs and prosperity at risk,” the tabloid BILD cited German economy minister Peter Altmaier as saying on Sunday.

“If a delay of a few weeks is necessary I wouldn’t have a problem with it,” he said.