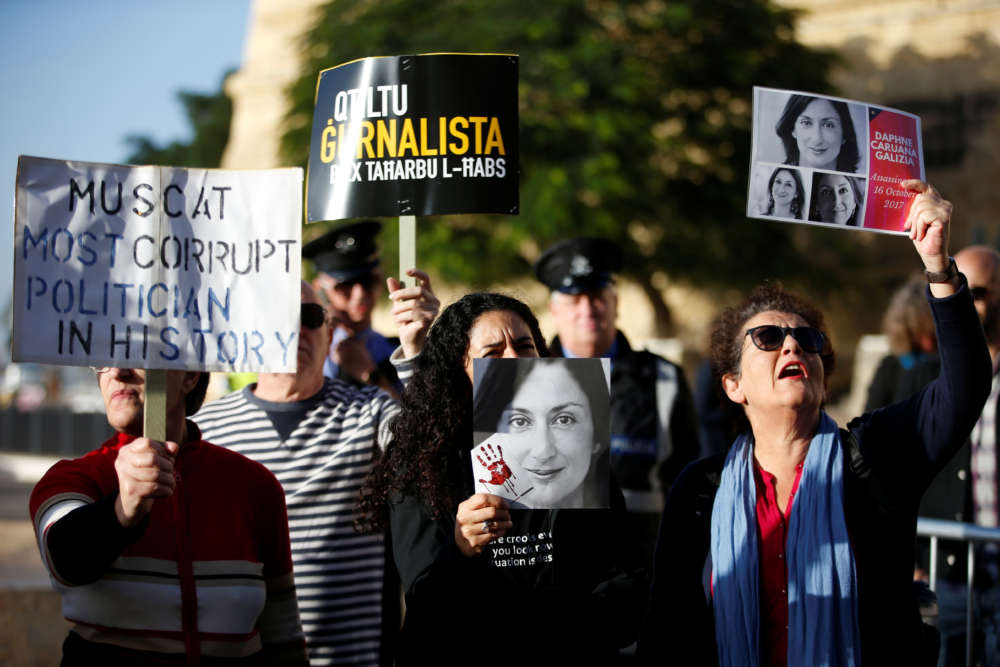 The head of a European Parliament delegation, dispatched to Malta to review the rule of law on the island following a scandal over the murder of a journalist, said on Tuesday Prime Minister Joseph Muscat should step aside immediately.

Muscat has defended his handling of the investigation into the 2017 killing of Daphne Caruana Galizia, and has said he will only step down as prime minister next month to give time to his Labour party to pick a new leader.

But Sophie In’t Veld, who is leading the two-day EU parliamentary mission to Malta, said she was “not reassured” after meeting Muscat and Justice Minister Owen Bonnici.

“I think everybody recognises, including the prime minister himself, that he has made some serious errors of judgment and I would say that staying on longer than necessary is another error of judgment,” she told reporters.

Neither Muscat nor Bonnici made any immediate comment following the talks.

Caruana Galizia, a campaigning journalist who regularly accused government ministers and business leaders of corruption, was blown up by a car bomb on Oct. 16, 2017.

Police on Saturday charged one of Malta’s wealthiest businessmen, Yorgen Fenech, with complicity in the murder. He has denied the accusations and said members of Muscat’s inner circle ordered the killing.

Critics, including Caruana Galizia’s family, want Muscat to resign immediately, saying he is shielding friends and associates from the investigation. He has denied this.

The main opposition party said on Monday it would boycott parliament until Muscat left office.

A small crowd of protesters hurled eggs and insults at both Muscat and Bonnici as they arrived at government headquarters for Tuesday’s meeting.

“The EU must put pressure on him to go,” said Caruana Galizia’s sister, Mandy Mallia, who took part in the raucous demonstration. “Fenech wasn’t acting alone. The other villains are hiding behind Muscat.”

The widening scandal has cast a cloud of doubt over the democratic credentials of the EU’s smallest state.

Although Muscat has acknowledged that some of his decisions in the case could have been better, he has also justified his record, saying the prime suspect is now behind bars thanks to the largest investigation in Malta’s history.

The government has rejected his bid for a pardon. Schembri and Mizzi both resigned last week and have denied wrongdoing.

By In Cyprus
Previous articleFrance says primed to retaliate with EU over U.S. tariff threat against Paris
Next articleCyprus records surplus 4.9% of GDP for period Jan-Oct 2019