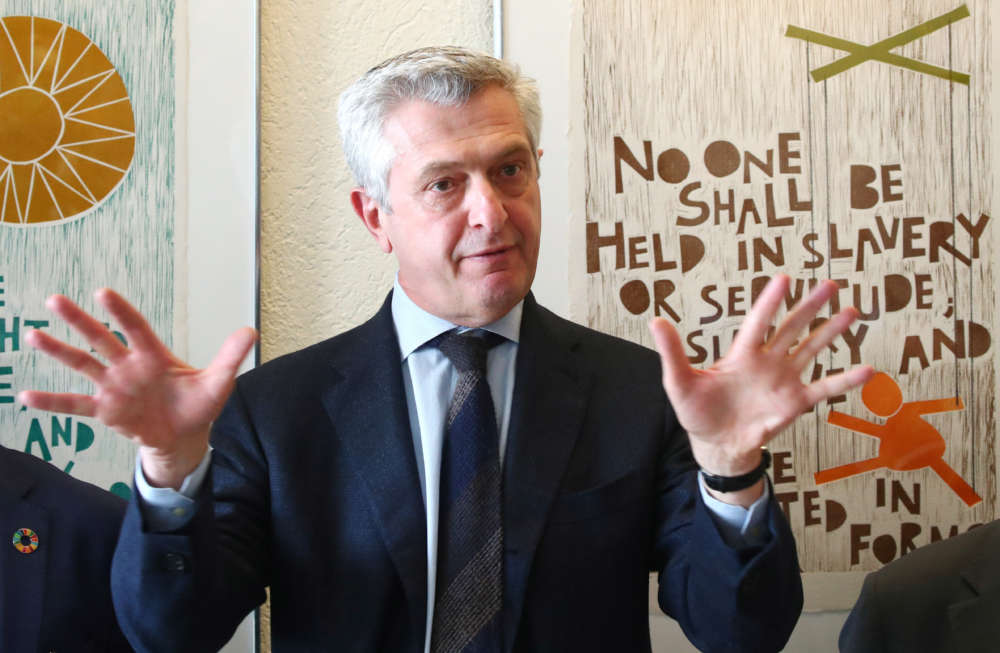 The U.N. High Commissioner for Refugees on Tuesday urged European Union countries to provide more support to Greece as it faces a new wave of migrants and refugees from Syria and other parts of the Middle East.

Around 10,000 migrants, mostly from Syria, other Middle Eastern states and Afghanistan, have reached Turkey’s land border with Greece since Ankara said last week it would stop keeping them on its territory, Greek officials say.

“Greece is an EU member state so its primary source of support is European resources,” Filippo Grandi told journalists in Geneva. “Greece needs more of that. That is very clear.”

Conditions on Greece’s Aegean islands, where at least 1,000 people have arrived since Sunday, are “really untenable”, Grandi added.

The heads of the three main EU institutions – the executive Commission, the European Council, which represents national governments, and the European Parliament – were due to visit the land border area with Greece’s prime minister on Tuesday.

Grandi urged countries to stop “bickering” over who should take in migrants and to look at the root causes of displacement.

“Frankly, instead of bickering about who takes who or rather who doesn’t take whom because that’s the main bickering, states should look at the root causes of this,” he added, saying that few, if any, of those arriving were in fact from northwest Syria, where fighting has escalated in recent days.

Grandi praised Turkey, which is already hosting some 3.7 million Syrian refugees, saying it had been “very good” at hosting them.

By In Cyprus
Previous articlePresident: ‘We closed checkpoints to protect entire population’
Next articleDocumentary Screening: Maid in Hell