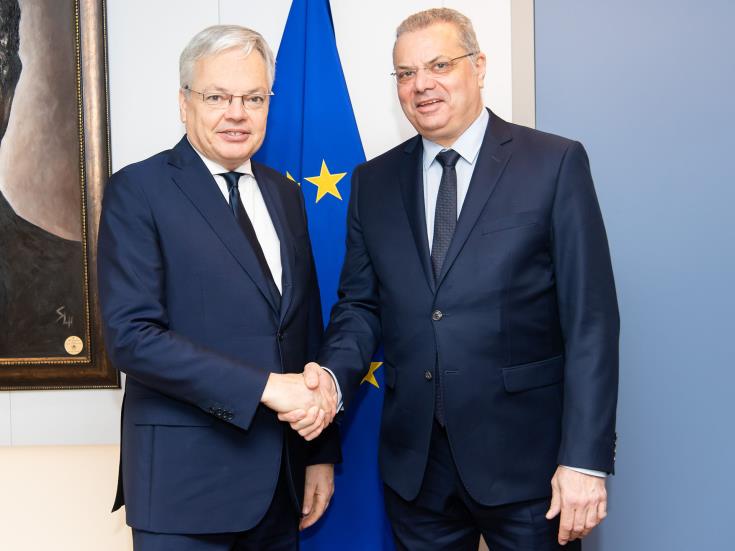 The extraordinary Council of Ministers of Justice and Home Affairs, unanimously approved on Wednesday the six-point plan in support of Greece, responding to migratory pressure on land and sea borders with Turkey, and at the same time expressed its full solidarity with Cyprus and Bulgaria, “which may be similarly affected”, as noted in a Council statement. The Republic of Cyprus was represented by the Minister of Interior Nicos Nouris.

The 27 discussed “exclusively the problem created by the opening of the Turkish border and Erdogan government’s attempt to push immigrants to Greece,” the Interior Ministry notes in a written statement.

It is noted that “unanimously the Council Ministers expressed support and solidarity with Greece, which, in addition to defending its national borders, also fulfilled its role as guardian of the external borders of the European Union”.

It is also noted that in his intervention Nouris, “in addition to highlighting Turkey’s responsibilities, presented the prevailing situation in Cyprus with the dramatic increase in migration flows that have been provoked by Turkey and channelled to the Republic through the occupied areas.”

It is emphasiszed that “the Summit has resulted in a Joint Declaration which, in addition to expressing solidarity and support to Greece, Cyprus and Bulgaria, strongly condemns Turkey`s exploitation of the immigrants for political gains.”

“When Europe is tested unity prevails, “Vice President Margaritis Schinas stated, and Commissioner for Immigration Ylva Johansson commented that today the Council appeared as a “family” and has turned from a field of controversy in the past, into a field of agreement.