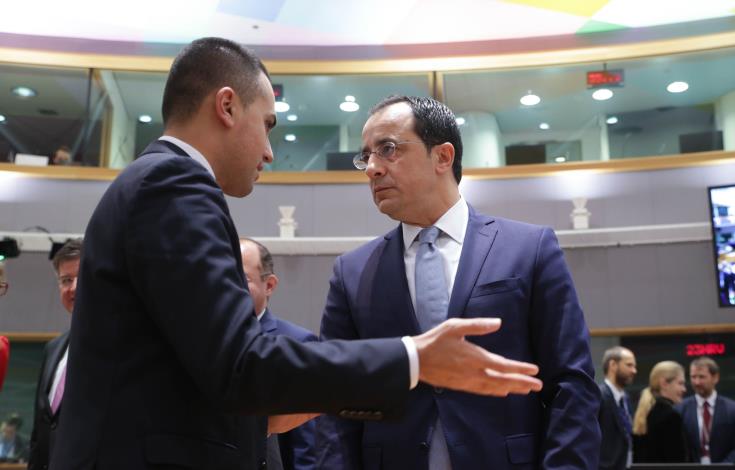 Cyprus Minister of Foreign Affairs, Nicos Christodoulides, departs on Monday morning for Brussels to attend the EU Foreign Affairs Council which will be held with physical presence, for the first time since last February.

A press release issued on Sunday by the Ministry of Foreign Affairs said that the issue of Turkey will be the focus of the meeting and that the EU Foreign Ministers holding a strategic discussion in light, among others, of the developments, in the region of the Eastern Mediterranean.

In this context, the EU Foreign Ministers will be briefed by the EU High Representative for Foreign Affairs and Security Policy, Josep Borrell, on the outcome of his recent visit to Ankara, and the Ministers will outline their positions as regards the prospects of any further dialogue between the EU and Turkey.

Furthermore, the EU Foreign Ministers will exchange views on the state of play on a series of issues associated with the EU Foreign Policy, including the situation in Libya, the Middle East Peace Process, Hong Kong and Venezuela and are expected to discuss the impact of the coronavirus pandemic in Latin America and the Caribbean, the press release added.

By In Cyprus
Previous articlePaphos highest, Limassol lowest number of Covid-19 cases as share of population
Next articleRocket salad