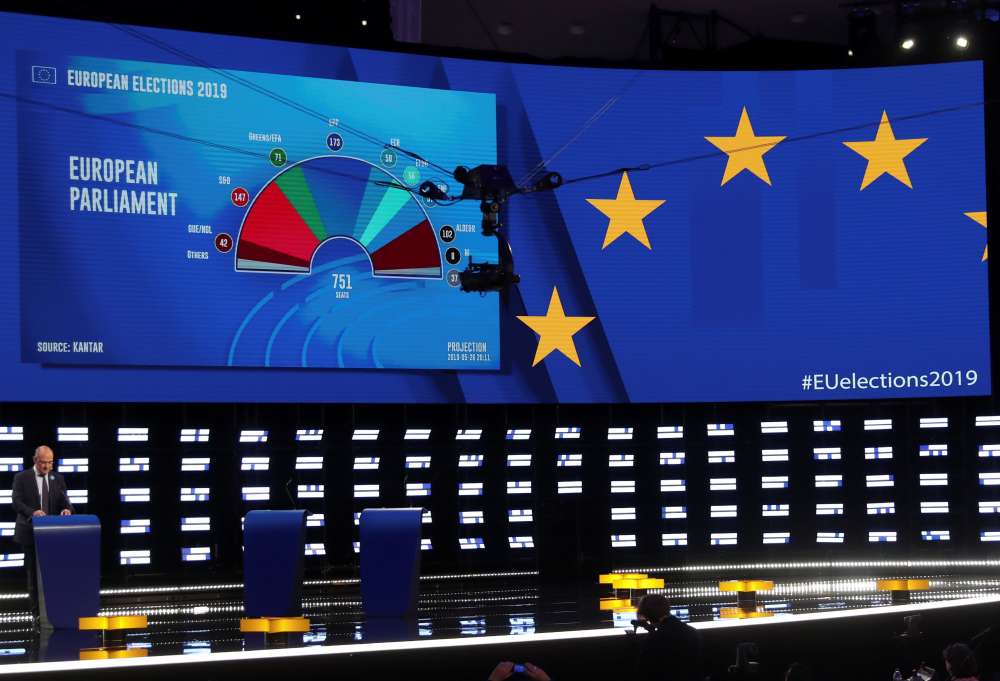 Around half of eligible voters cast their ballot in European elections, a bloc-wide estimate showed on Sunday, the first time turnout has risen in four decades of continent-wide voting.

The increased enthusiasm was seen by some commentators as a response to challenges ranging from climate change to the rise of eurosceptic parties.

For 27 of the 28 EU states – all except the United Kingdom – the estimate came at 51%, a European Parliament official said.

Five years ago, more than 80% of voters cast their votes in Belgium and Luxembourg, where voting is obligatory, while only 13% took part in the election in the ex-communist Slovakia, according to the European Parliament’s figures.

Bas Eickhout, a Dutch member of the outgoing European Parliament with a Greens party, attributed the high turnout readings to a mobilisation against a growing challenge from eurosceptic parties.

“The counter-action is now coming from a lot of progressive voters turning out and saying that we are not going to let that happen,” he said.

The picture was mixed, however, as the far-right National Front came in first in France, according to exit polls.

In the run-up to the vote, Europe’s biggest companies urged employees to vote, from Volkswagen unfurling a massive banner at its headquarters to Lufthansa carrying its slogan “SayYesToEurope” on the fuselage of an Airbus A320 to Lime offering free scooter rides to the polls.

“Europe matters to Europeans, we’ve seen a lively European democracy at work. We need to defend our place in the world, at a time when the European Union is facing huge challenges. The world is not waiting for us,” said the group’s director general, Markus J. Beyrer.