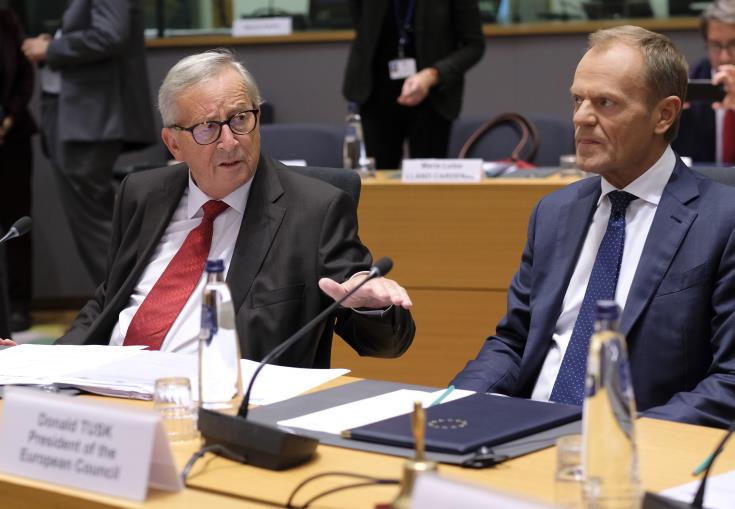 The European Council endorses the Foreign Affairs Council (FAC) conclusions on Turkey’s illegal drilling and reaffirms its solidarity with Cyprus, according to the conclusions adopted after the first day of the EU leaders Summit in Brussels

More specifically the European Council adopted conclusions on Turkey, the illegal drilling activities and the downing of flight MH17.

On Turkey the European Council “endorses the Council conclusions of 14 October 2019 on North East Syria”. “The EU condemns Turkeyʼs unilateral military action in North East Syria which causes unacceptable human suffering, undermines the fight against Daʼesh and threatens heavily European security”. The European Council “notes tonightʼs US-Turkey announcement on a pause for all military operations”, but “it again urges Turkey to end its military action, to withdraw its forces and to respect international humanitarian law. “Following the Council conclusions of 14 October 2019, it recalls that Member States have decided to halt arms export licensing to Turkey.”

Furthermore the European Union “remains engaged in its efforts towards effectively addressing the serious humanitarian and refugee crisis in light of evolving needs, including by supporting those Member States that are facing the most serious challenges in terms of migratory flows in the Eastern Mediterranean”. The European Council declares that “will remain seized of this matter”.

Finally on the downing of flight MH17 the EUCO states that “with reference to the conclusions of 20 June 2019, the European Council reiterates its full support for all efforts to establish truth, justice and accountability for the victims of the downing of MH17 and their next of kin and calls on all States to cooperate fully with the ongoing investigation in accordance with UNSC Resolution 2166.”

By In Cyprus
Previous articleTurkey agrees with U.S. to pause Syria assault while Kurds withdraw
Next articlePolice campaign against illegal employment