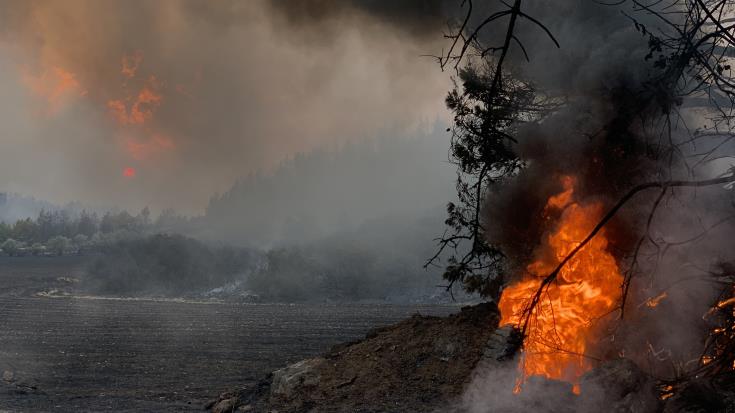 The EU Civil Protection Mechanism continues to channel support to help combat unprecedented forest fires in Greece and the rest of the Mediterranean, a press release of the European Commission said on Monday.

In Greece alone, 9 planes, close to 1,000 fire fighters and 200 vehicles are currently being deployed. The latest offers over the weekend came from France, Germany, Poland, Austria and Slovakia, who are sending ground firefighting units. They will join forces already operating in the country: ground firefighting units from Cyprus, France, Czechia and Romania as well as planes from Cyprus, Sweden, France, Croatia and Spain.

“We are mobilising one of Europe’s biggest ever common firefighting operations as multiple fires affect several countries simultaneously. This shows the need to prioritise crisis response also at European level” EU Commissioner for Crisis Management Janez Lenarčič said, adding that the EU stands in full solidarity with Greece, North Macedonia, Albania, Italy and Turkey, at this difficult time.

In addition, the EU’s emergency Copernicus satellite is helping to provide damage assessment maps of the affected areas in North Macedonia and Greece.

The European Union’s 24/7 Emergency Response Coordination Centre is in regular contact with the relevant national authorities to closely monitor the situation and channel the EU assistance.

By gavriella
Previous article‘Red alert’ for risk of fires continues to be in place on Tuesday
Next article446 new cases of COVID-19, three deaths on Monday