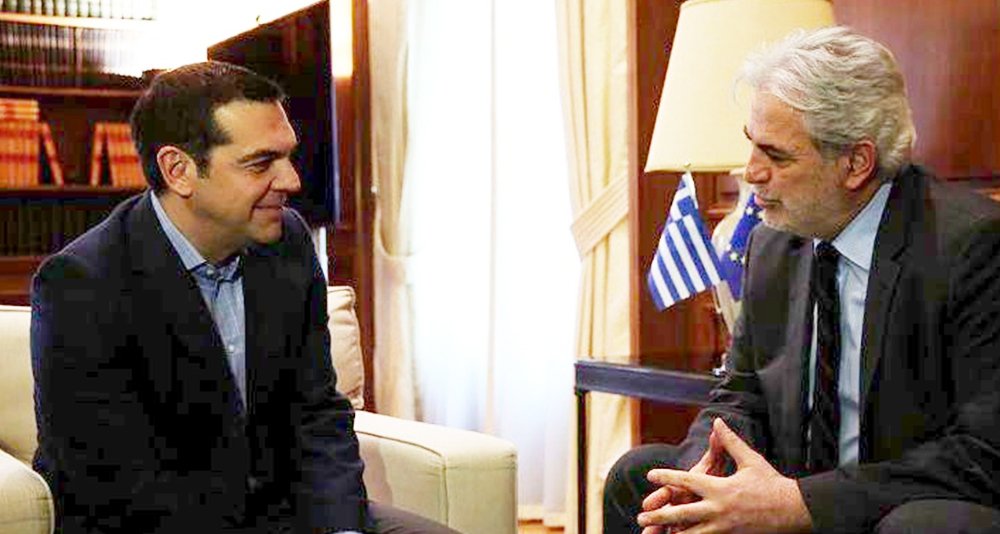 Prime Minister Alexis Tsipras met European Commissioner for Humanitarian Aid and Crisis Management Christos Stylianides in Athens on Monday. The meeting was held at the government headquarters in the Maximos Mansion.
During the meeting, Stylianides assured Tsipras that the support of the European Union and especially the European Commission to Greece was “constant and determined”.
The meeting, which ran over an hour, focused on the last stages of support from the emergency mechanism, Stylianides said as he was leaving the Maximos Mansion.
The Commissioner notified Tsipras that the last installment of aid, amounting to 180 million euros, will be completed by March 2019, in accordance with the decision made by the European Council. With that sum, the amount given by the humanitarian aid mechanism will reach 605 million euros, he said.
This money would supplement additional aid that would come from the migration fund, he added.
Stylianides said the 180 million euros will be focused on the ‘Estia’ programme providing refugees with housing and cash in the form of prepaid cards, securing them an acceptable standard of living. He noted that the programme had benefited local economies, allowing refugees to rent rooms and spend at local businesses.
The Commissioner also praised the stance adopted by Greeks, “who daily proved their generosity and solidarity.”
He repeated that the European Union will continue to support Greece in coping with the refugee issue, irrespective of whether the emergency support programme was ending, since there were many sources of financing that could continue and even replace the emergency aid.
Regarding the situation of the refugees in Greece, Stylianides said that this was improving on the mainland but that problems persisted on the islands. The 180 million euros will be spent in an effort to rent an additional 2,000 living quarters so that, even on the islands, it was possible to improve the situation, he said.
In response to questions, he said the issue of Turkish provocations was discussed during the meeting and that it was agreed, with respect to humanitarian aid, that “we must facilitate the implementation of the EU-Turkey agreement in every way, since it is the main tool for the management of the refugee crisis, which also protects Greece.”

By In Cyprus
Previous articleDetention of Greek soldiers by Turkey ‘starting to exceed limits’, gov’t spox Tzanakopoulos says
Next articleSolidifying the partnership between Israel and Cyprus is our highest priority, Israeli Ambassador says