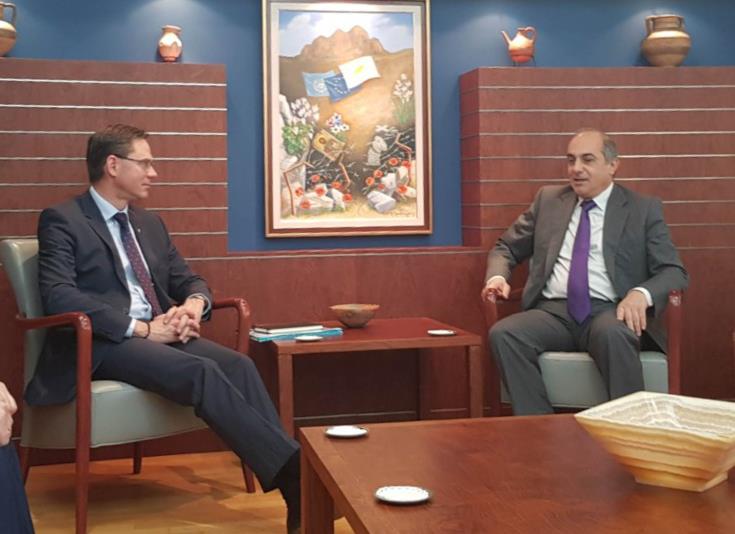 EU Commissioner Jyrki Katainen on Monday called for more transparency regarding passports for investment schemes, saying this will be an issue at EU level.

The government quickly responded saying it was working with the Commission on the issue but would not allow Cyprus to be targeted for its investment policy.

The Finnish Commissioner, who holds the Jobs, Growth, Investment and Competitiveness portfolio was speaking to a joint session of the House Finance and Foreign Affairs Committees.

His remarks came only days after the European Commission expressed concern about golden passport and golden visa schemes and said it would set up a working group on the issue.

“Whether we like or not this will be an issue at European level in the future,” Katainen said.

“Many member states are very concerned about this. There are also negative examples that golden passports have been provided to persons who have had some unclear activities in some countries” such as money laundering and tax evasion, he told Cypriot MPs.

“We need a clearer common understanding on this in order to improve transparency. All member states share the view that we cannot do anything that would jeopardise security, we cannot support money laundering, we cannot support tax evasion and that’s why we need to discuss with the member states how do we improve transparency because is the best guarantee that we understand each other and that the system is fair and secured,” he remarked.

Government spokesman Prodromos Prdromou said that the government would be in continuous contact with the European Commission so as to ensure it adopts best practices, but also to defend the country’s right to implement its own policies. “We will not allow Cyprus to be victimized internationally because it has investment activity,” he said.

Prodromou said President Nicos Anastasiades had, during his meeting with the Commissioner, explained that the Republic of Cyprus had recently revised its citizenship by investment scheme so as to further safeguard Cyprus.

He said that specialised international firms will soon be assigned the due diligence required. Cyprus was complying with the recommendations of Moneyval and much has changed, he added.