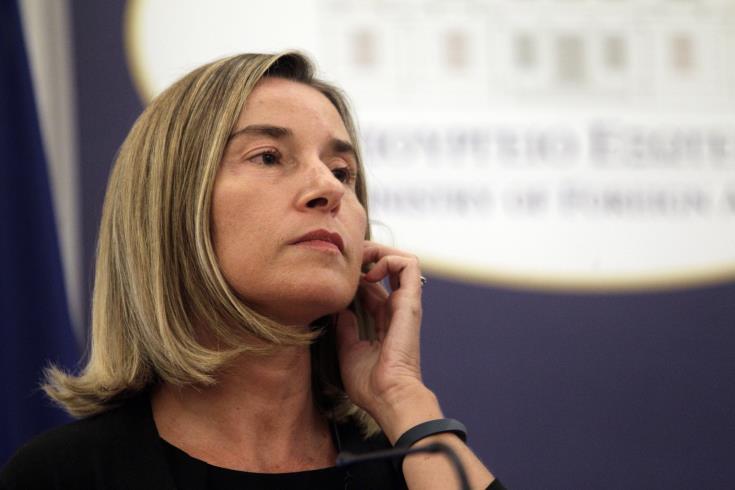 EU High Representative Federica Mogherini called upon Turkey to refrain from illegal actions in the EEZ of Cyprus, show restraint and respect the sovereign rights of the Republic, warning with EU response “in full solidarity with Cyprus,” in a written statement issued earlier today on Turkey`s intended drilling activities within the exclusive economic zone of Cyprus.

“We express grave concern over Turkey`s announced intention to carry out drilling activities within the exclusive economic zone of Cyprus”, states the High Representative of the EU.

“In this context, we urgently call on Turkey to show restraint, respect the sovereign rights of Cyprus in its exclusive economic zone and refrain from any such illegal action to which the European Union will respond appropriately and in full solidarity with Cyprus”, states the High Representative.

Turkey is conducting seismic surveys in the Mediterranean Sea, in an area where Cyprus is drilling for hydrocarbons.

On Friday Turkey boycotted NATO’s change of command ceremony to protest against the participation of a Greek Cypriot representative, Turkish Anadolu Agency reported.