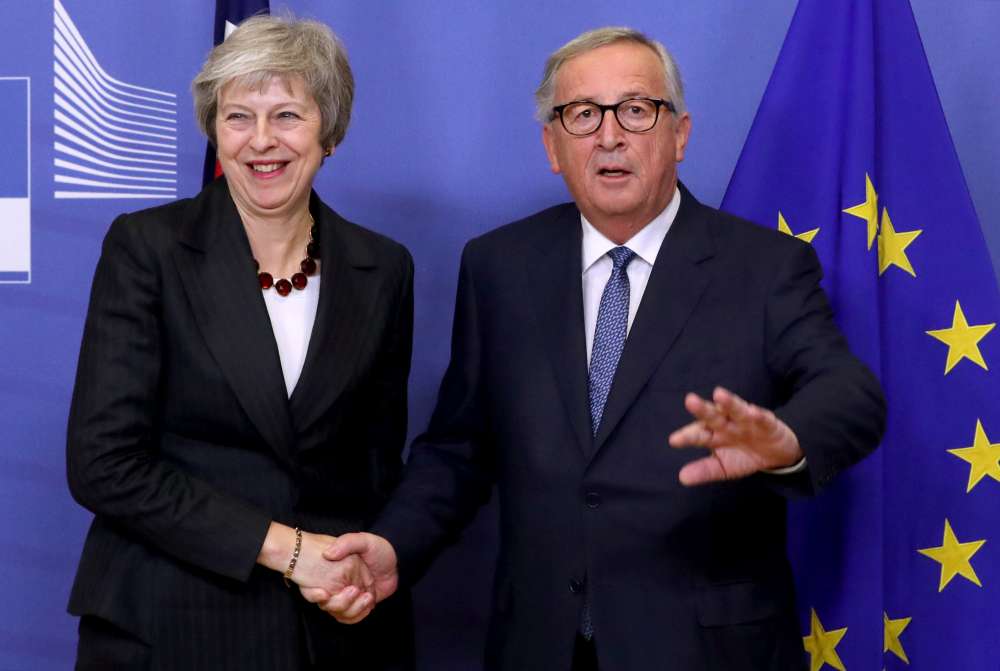 Britain and the European Union have agreed in principle to a text setting out their future relationship that can be endorsed by EU leaders at a summit, European Council President Donald Tusk said on Thursday.

Britain is due to leave the EU on March 29, 2019 and diplomats are trying to finish a divorce deal and the accompanying outline of their future relationship so that EU leaders can rubber-stamp them at a summit on Sunday.

“The Commission president has informed me that it has been agreed at negotiators’ level and agreed in principle at political level, subject to the endorsement of the leaders,” Tusk said.

He said the text had been discussed on Wednesday by British Prime Minister Theresa May and European Commission President Jean-Claude Juncker.

According to the draft declaration agreed by the United Kingdom and the European Commission, the “parties envisage having a trading relationship on goods that is as close as possible, with a view to facilitating the ease of legitimate trade.”

The draft declaration will now be screened by national envoys of the remaining 27 EU states meeting in Brussels on Thursday.

Both the EU and Britain “should aim to deliver a level of liberalisation in trade in services well beyond the parties’ WTO commitments,” according to the draft declaration.

The transition period, which Britain and the EU hope will begin once Britain leaves the EU on March 29, can be extended “for up to one or two years,” according to the draft declaration.

May will make a statement in the British parliament on the state of Brexit negotiations at 1430 GMT on Thursday, the opposition Labour Party said.

By In Cyprus
Previous articleInsider: Keen interest in Hilton Cyprus sale
Next articleHailstorm in Larnaca, police urge drivers to be careful (pictures)