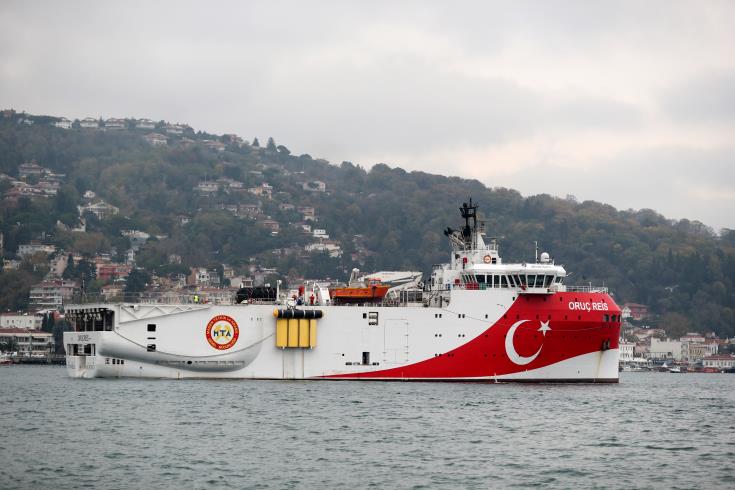 European Union states were at loggerheads on Monday over starting talks with Albania and North Macedonia to enter the bloc, while Cyprus threatened to veto any agreement on future enlargement unless the EU toughens its line on Turkish drilling.

EU ministers from the bloc’s 28 states meet in Luxembourg on Tuesday to discuss starting formal membership negotiations with the two Balkan countries a year after France and the Netherlands had blocked it, demanding more reforms in the fear of upsetting their parliaments and voters at home.

North Macedonia has since sealed a landmark deal with EU state Greece, ending a decades-old name dispute and prompting a dozen EU states to publicly call to reward Skopje.

At stake is also the EU’s own credibility and the bloc’s willingness to act against what it sees as growing influence by Russia and other foreign powers in the region still scarred by wars fought along religious and ethnic lines in the 1990s.

But national diplomats preparing the Tuesday meeting failed to reach an agreement on a joint legal statement, which needs unanimous backing of all EU states to be approved.

“There has been a massive disagreement and it’s not sure at all that ministers tomorrow will be able to find an agreement,” an EU diplomat said.

Rifts persisted on the latest draft text, including where it would say that enlargement would also depend on the EU’s ability to reform itself and effectively integrate any new members.

The latest – but still disputed – draft, which was seen by Reuters, would push any decision on North Macedonia and Albania to October and after the German parliament is due to look into the matter.

Complicating matters further, Cyprus has threatened to block the whole text on the future prospects of countries willing to join the EU – a group that also includes Kosovo, Serbia, Montenegro and Bosnia and Herzegovina in the Balkans.

Cyprus and Greece said they could seek EU sanctions against Turkey, though the bloc is not seen acting on that for now.

EU ministers meeting on Tuesday — as well as the EU’s national leaders due to meet in Brussels on Thursday and Friday — would, however, issue a warning to Ankara.

The current language of the draft ministerial statement says Turkey “continues to move further away from the European Union” and calls on Ankara to stop “illegal” drilling. Turkey says the area is on its own continental shelf.

Diplomats said Cyprus was seeking a clearer threat that, should Ankara not change tack, the EU could formally end talks on upgrading its customs union with Turkey and on the right for visa-free travel for Turkish citizens travelling to the EU, as well as cutting funds for the key NATO ally.

The EU formally halted Turkey’s long-stalled membership bid over President Tayyip Erdogan’s sweeping crackdown on critics following a failed 2016 coup. While the relationship is tense, the EU still depends on Turkey on security issues, as well as migration.

By In Cyprus
Previous articleEuropean animals rights group starts petition to remove lion from Melios Zoo
Next articleEU leaders sign up to carbon net-zero goal by 2050; Cyprus set to sign