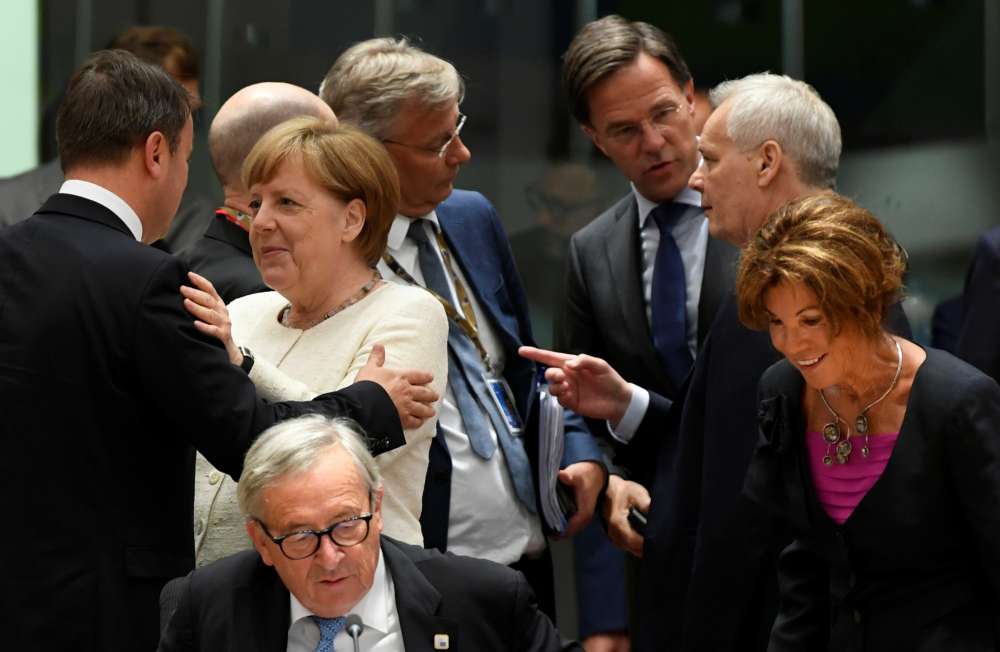 European Union leaders will meet again on June 30 to seek agreement on who should inherit the bloc’s top jobs – including the head of its central bank – after failing to get a deal in talks dragging into the small hours on Friday.

The 28 national leaders meeting in Brussels for secret deliberations – no aides or phones allowed – remained at odds over who should next steer the EU, with French President Emmanuel Macron blocking German Chancellor Angela Merkel’s pick.

“There was no majority for any candidate,” chairman Donald Tusk told a news conference. “We will meet again on June 30.”

The prominent positions, including the head of the European Central Bank (ECB) and the EU’s executive European Commission, lead the bloc’s policies on issues ranging from monetary policy to migration and Brexit to trade.

German, French, Spanish, Italian and Dutch leaders are aiming to prepare a deal on the package of the five senior EU jobs when they travel to Japan on June 28-29 for a G20 summit of major global economies.

For the European Union, the Commission presidency is a pivotal role. The body acts as the bloc’s competition watchdog, oversees national budgets and proposes policies from climate change to tech regulation – big areas as member states struggle with a range of challenges at home and abroad.

The bloc’s top jobs – including the head of the European Council tasked with crafting compromises between member states, whose particular interests often vary – are all changing hands later this year after an EU-wide election.

Power centres Berlin and Paris clashed over who should take over at the helm of the Commission, with Merkel backing compatriot Manfred Weber, a deputy head of her centre-right sister party CSU.

Macron pushed to block Weber over lack of government experience. Paris and Madrid want more prominent EU postings for liberal and socialist candidates after a change of the parliamentary guard.

‘ELECTING A POPE IS EASIER’

Any new Commission chief must not only get the backing of a clear majority of – or, preferably, all – national leaders but also be accepted by the new European Parliament, which will sit for the first time on July 2.

National leaders want to have their proposal on the jobs puzzle ready before that and put it to the chamber, which votes on laws proposed by the European Commission.

“We suggest the person, but we definitely don’t want to see a crisis with parliament, to realise that what we suggest is not being accepted,” Merkel said. “This wouldn’t be good for the work of the Commission in the next five years.”

The newly elected legislature has refused to rally behind Weber, even though he heads the biggest faction there, the European People’s Party (EPP). This should give Merkel enough grounds to drop him, diplomats said.

“Weber’s claim is imploding. The Parliament is more divided than before and has missed the boat. And EPP national leaders are turning their back on him as well,” said a senior EU diplomat. “If the Germans lose Weber, the French don’t get the job either, it’s tit for tat.”

Seeking to narrow a wide gender gap in the bloc’s leadership is also a factor in a complex race that seeks to balance out party politics and regional influence in the EU. The fifth prominent posting up for grabs is the EU’s chief diplomat.

Vestager – previously publicly praised by both Merkel and Macron – could help avoid a tug-of-war between the national leaders and the European Parliament as the liberal faction there has proposed her for the Commission chief.

Macron, however, suggested after the summit that no more parliament candidates would be considered.

“It’s quicker to elect the pope very often than it is to fill these particular positions,” Irish Prime Minister Leo Varadkar quipped.