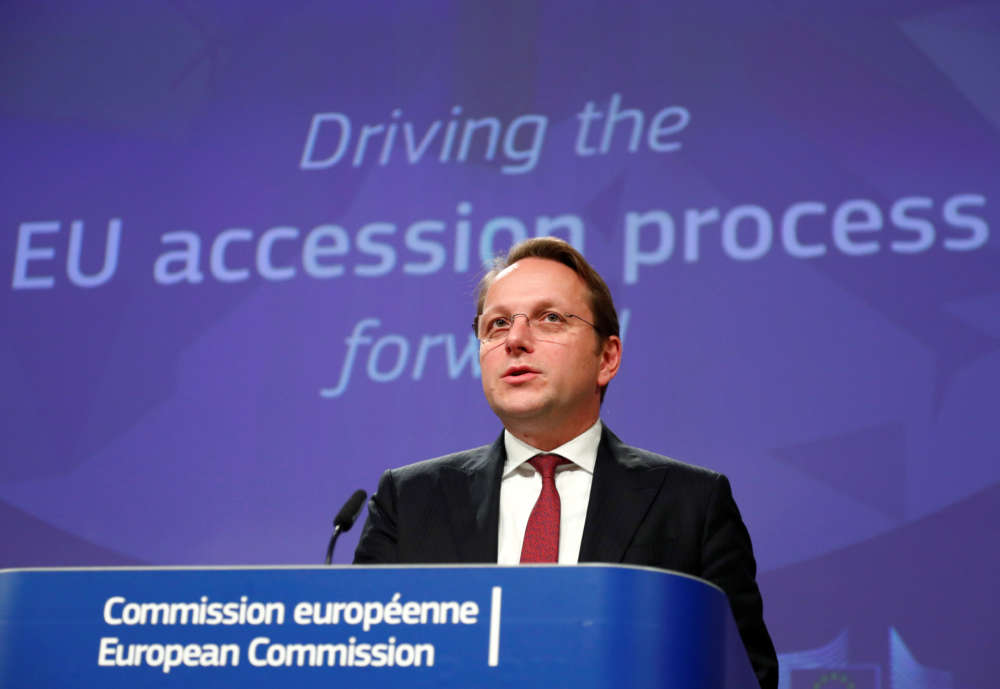 Varhelyi was unveiling a new methodology for admitting new members, aimed at mollifying France’s concerns about letting the six countries into the EU. He said enlargement was “geo-strategic”, a reference to a view that the bloc cannot stem its waning global influence without stabilising the Balkans.

“We continue to have full enlargement as a goal,” he told a news conference after publishing the European Commission reforms, which were reported by Reuters on Tuesday.

“EU membership is offered to the entire region, including Kosovo,” Varhelyi said of the country that declared independence from Serbia in 2008, a move not recognised by five of the 27 EU’s members including Spain.

In October, French President Emmanuel Macron halted the process of admitting new members, a decision the Commission said was a historic error. The following month France, which says it supports accession for the Balkans nations in the long term, submitted a proposal for changes.

The EU executive hopes to persuade France to lift its objections before a Zagreb summit with the Balkan states in May. The reforms outlined on Wednesday would give existing EU members the power to pause the process of admitting new nations, or even force countries to restart entry talks in some policy areas.

It was not immediately clear if the changes were enough for Macron, but one EU diplomat urged Paris to allow membership talks to move forward with North Macedonia and Albania, who are next in line to open negotiations.

“The Commission has built a solid bridge for France. We are counting on Paris to walk over this bridge now, join the EU consensus and pave the way for the start of accession talks,” an EU diplomat told Reuters.

Serbia and Montenegro are the most advanced in their negotiations and could join the bloc later this decade.

By In Cyprus
Previous articleThe Bi-Communal Choir for Peace in Cyprus has won the 2020 Hiroshima Prize
Next articleUS energy official: Provocative actions in East Med should be avoided