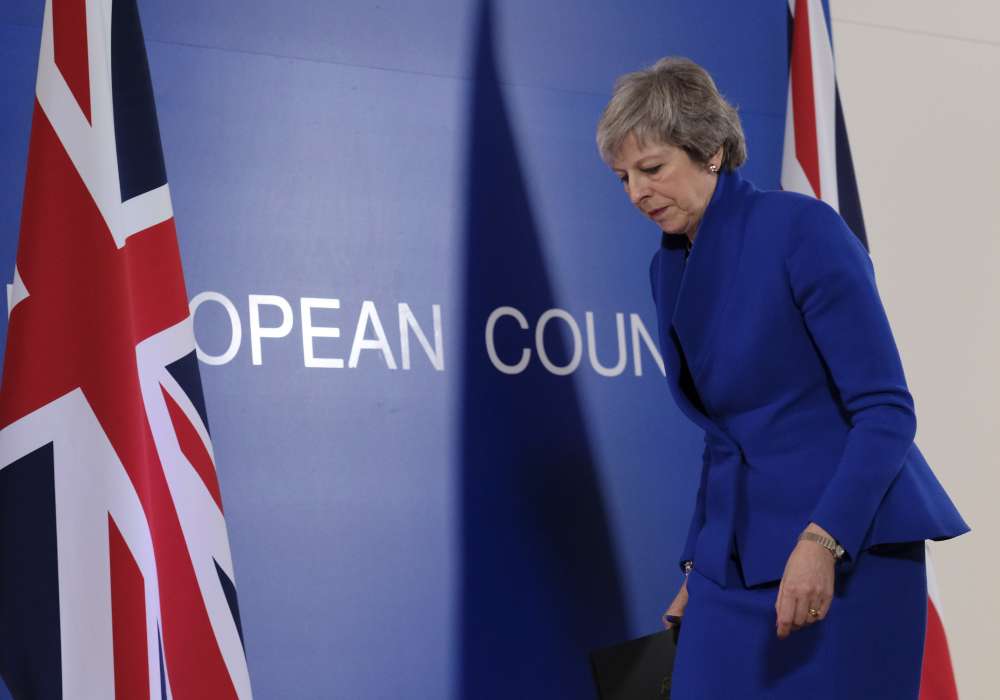 European Union leaders warned the British parliament not to wreck Theresa May’s Brexit deal, saying a package agreed with the prime minister on Sunday was the best Britain will get.

“Those who think that, by rejecting the deal, they would get a better deal, will be disappointed,” European Commission President Jean-Claude Juncker told reporters after the 27 other EU leaders formally endorsed a treaty setting terms for British withdrawal in March and an outline of a future EU-UK trade pact.

Asked whether there was any chance Brussels would reopen the pact if an alliance of pro- and anti-Brexit forces votes it down in the House of Commons, Juncker simply stressed “this is the best deal possible” — although summit chair Donald Tusk sounded more guarded, saying he did not want to consider hypotheticals.

May used a post-summit news conference to make a sales pitch for her plan, telling television viewers at home that it was the “only possible deal”, offering control of UK borders and budgets while maintaining close cooperation with EU regulations that was good for business and the security of the broader region.

“In any negotiation, you do not get everything you want. I think the British people understand that,” said May, who arrived after the endorsement to voice hopes for continued close ties.

Parliament’s vote could open the door to a “brighter future” or condemn the country to more division, she said. “I will make the case for this deal with all my heart,” she added, declining to answer whether she would resign if parliament rejects it.

German Chancellor Angela Merkel, the bloc’s veteran guiding force, echoed that unwillingness to speculate on what she called a “historic day” that was both “tragic and sad”. But Austrian Chancellor Sebastian Kurz, whose country chairs EU meetings till the end of the year, said there could be no more negotiations.

“There is no Plan B,” said Dutch Prime Minister Mark Rutte. “If anyone thinks in the United Kingdom that by voting No something better would come out of it, they are wrong.”

Amid praise for Michel Barnier’s team of negotiators for bringing home a deal after 18 months of gruelling talks, Juncker said it was “no time for champagne”, as one of Europe’s great powers walks out after its 2016 Brexit referendum. The harder work of building new relations now lies ahead, he added.

The 27 leaders took barely half an hour to rubber-stamp the 600-page withdrawal treaty, aimed at an orderly exit on March 29 to be followed by two to three years of a status-quo transition period. The outline of a future trading and security partnership was just 26 pages long. May’s critics say it leaves Britain tied to EU regulations that it will no longer have a say in setting.

Her foreign minister, Jeremy Hunt, said that the Brexit deal was a “staging post” towards Britain getting everything it wanted from leaving the EU, but that the arithmetic for getting the deal approved was looking “challenging”.

European Council President Tusk said the bloc was determined to have as close as possible a partnership with Britain, which has long been sceptical about EU integration: “We will remain friends until the end of days. And one day longer,” he said.

Lithuanian President Dalia Grybauskaite spoke of several scenarios if parliament blocks the package: that Britons would hold a second referendum; hold a new election to replace May or return to Brussels to try and renegotiate the package.

Britain could also simply crash out on March 29. Both sides have been making preparations for such a “no deal” scenario. The pound has strengthened since the deal came together over the past 10 days, but companies and investors remain nervous.

Northern Ireland’s Democratic Unionist Party, which props up May’s minority government, said it would try to block the deal because it binds London to many EU rules and the DUP fears it may weaken the province’s ties to Britain — a result of efforts to avoid a risk of a “hard border” with EU member Ireland.

DUP leader Arlene Foster said on Sunday she would “review” the agreement to back May’s Conservative government if the Brexit divorce is passed by Britain’s parliament.

Wrangling over how to keep open troubled Northern Ireland’s land border with the EU dogged much of the Brexit talks.

Britain’s 300-year-old naval base in Gibraltar on Spain’s southern coast, had also threatened to derail plans. But Prime Minister Pedro Sanchez said he was satisfied with guarantees on Saturday of a say in Gibraltar’s future, saying on Sunday that Spain wanted to claim a share of sovereignty over “The Rock”.