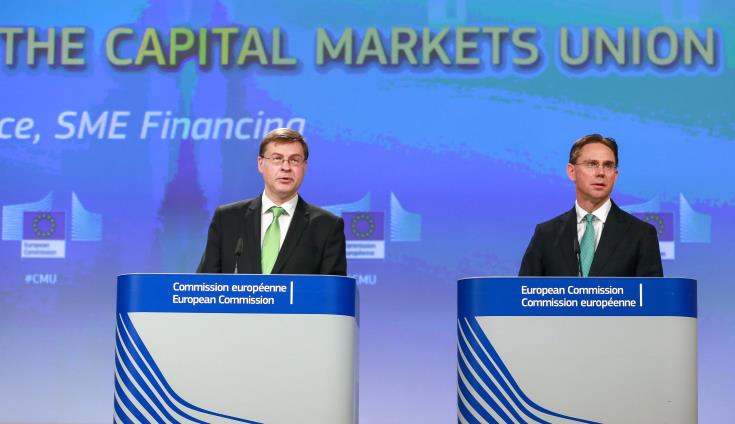 European Union lawmakers and governments on Tuesday reached a political agreement on new rules for the money that banks should set aside against possible losses from new loans that turn sour.

The compromise softens an initial proposal by the European Commission, but less than sought by the EU Parliament, which accepted a stricter provisioning calendar for banks . The rules are meant to avoid a future build-up of bad loans at banks, which have hampered the EU’s economic recovery after the 2007-2008 financial crisis.

Banks in the EU still hold 731 billion euros of debt they might not be able to recover, according to the European Banking Authority’s latest available data. The problem is worst in Italy, Greece and Cyprus.

“Today’s political agreement is an important step to further reduce risks in the EU banking sector and strengthen its resilience,” the European Commission said in a statement. The new rules will come into effect after approval by the EU parliament and EU states in the coming weeks. No changes can be made to the agreed text.

The rules do not concern the stock of bad loans, contrary to what the European Central Bank wanted. Under the agreement, banks will have to fully provide for unsecured loans three years after they turn bad. The commission in March had proposed a two-year term. The date for the new requirements to enter into force will not be backdated to March 2018 as had been proposed by the Commission. Lenders will have nine years to build a full buffer against bad loans that are secured by immovable collateral, like houses or commercial properties. Loans secured against less-safe movable collateral would have to be fully provided for within seven years from when they are recorded as non-performing.

The deal reached on Tuesday fine-tuned the provisioning calendar for the intermediate years until a full buffer is built.

EU lawmakers largely accepted a tougher schedule proposed by EU states, according to a text of the compromise seen by Reuters.

Under the compromise, banks should provide for at least 35 percent of their exposure to unsecured loans two years after they go bad, then full coverage after three years.